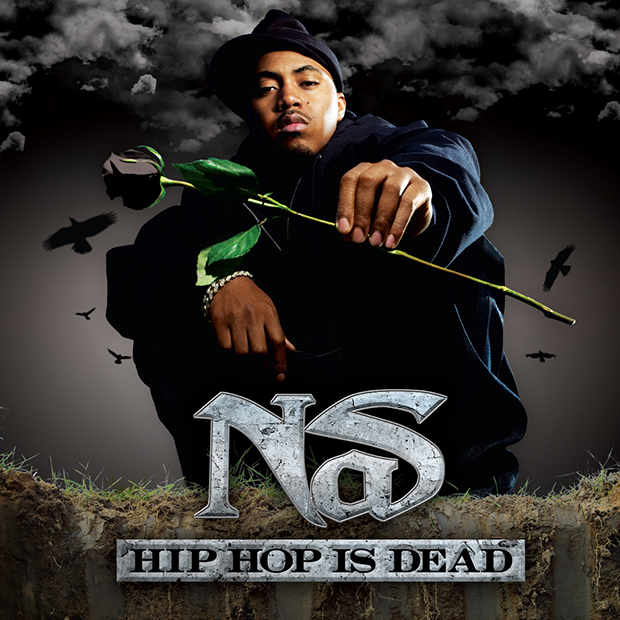 Is Hip-Hop dead? Nas says, from a creativity standpoint, Hip-Hop is deceased. I don’t know if the purpose of this album is to resurrect Hip-Hop or if Nas is trying to regain his spot among rap’s elite. Nasir is one the least consistent superstars in rap. To be an all-time great, Nas throws up a brick just about every other album: Illmatic-Classic, It Was Written-above average, The Firm-Horrible, I am-Average, Nastradamus-Horrible. With that said, I’m anxious to see what Nas has in store being that his last album Street Disciple was uhmmm……… not very good. I’m guessing that this one will be a classic; or at least above-average.

MONEY OVER BULLSHIT
Nas jumps straight in on the track and kills it. classic Nas Track that sets up the album perfectly.

YOU CAN’T KILL ME
After the first two tracks Nas shows that his beat selection for this album won’t mirror that of Street Disciple, which is a good thing!

CARRY ON TRADITION
Nas talks about the ignorance of most rap artist; the track is hot and the story that Nas tells is blazing.

WHERE ARE THEY NOW
Most of the artist that Nas raps about on this track are the faces that are gracing the milk cartons in the XXL.

HIP HOP IS DEAD (feat. will.i.am)
Nas recycles the beat from “Thief’s Theme” and murders it again. He gives an explanation of the title Hip Hop is Dead.

WHO KILLED IT?
What the fuck? Nas definitely misses with this one. He tells a story that is almost impossible to listen to because of the annoying voice that Nas uses as the narrator of the story.

BLACK REPUBLICAN (feat. Jay-Z)
CLASSIC!! They tell why their hoods made them who they are.

NOT GOING BACK (feat. Kelis)
Nas explains why he wouldn’t move back to the hood and how the hood lives in him. Overall the track, vocals, and the hook just doesn’t blend well.

STILL DREAMING (feat. Kanye West & Chrisette Michele)
Kanye lays a hot track and he improves with each rhyme. Nas is at the top of his game on this one.

HOLD DOWN THE BLOCK
Everything about this track is simply average. Beat + Concept + Lyrics = Average

BLUNT ASHES
A tale of different rumors that surrounded a number of different historic/famous celebrities. The track is different and Nas uses a different style on this track.

LET THERE BE LIGHT (feat. Tre Williams)
More murder on wax. The track is superb and the rhymes meet the track perfectly. Nas tries to enlighten on this one.

PLAY ON PLAYA (feat Snoop Dogg)
A West Coast track that doesn’t fit Nas at all. Snoop kills it though.

CAN’T FORGET ABOUT YOU (feat. Chrisette Michele)
Nas reflects on some memorable moments for him. He missed on this one too.

HUSTLERS (feat. The Game & Marsha Ambrosius)
Nas finds a west coast track that fits his style courtesy of Dr. Dre. He shines on this track with hot line after hot line.

Bottom Line:
Nas Comes back with one of the hottest albums of 2006, and stays on track with the hits and misses with his albums. I guess next up for Nas is an average to whack album.

nappy Picks: “Money Over Bullshit”, “Let There Be Light”, and of course: “Black Republican”. Nas made a great album but, I couldn’t recommend purchasing it unless you are a Nas fan or if you really just wanted something different from the music that is being put out.