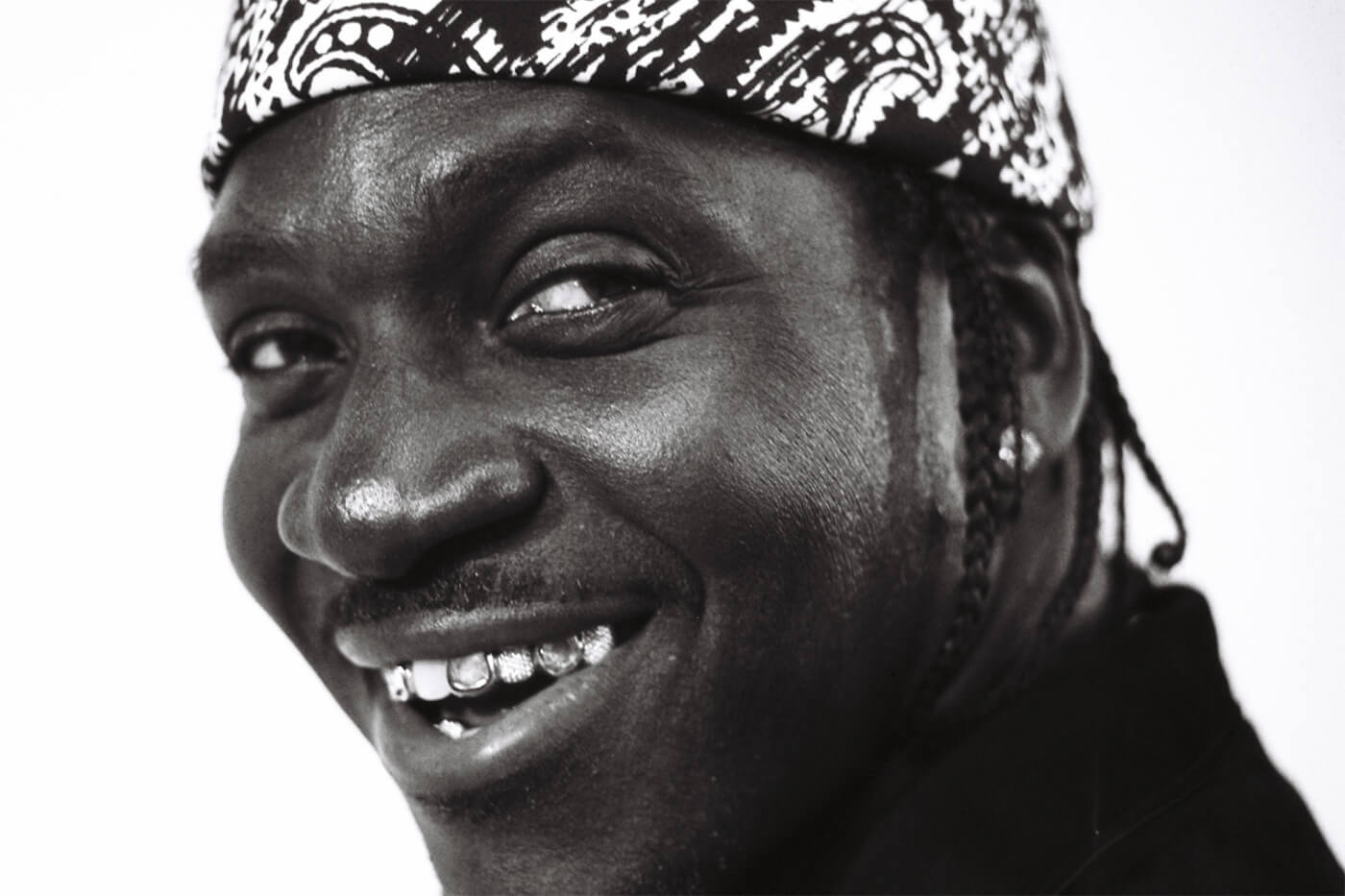 We here! We finally here!

Four years after DAYTONA. Four years after he took the most popular rapper to task and exposed a side of him that he has yet to recover from. Pusha T returns with his fourth solo effort; It’s Almost Dry. With me giving Nas and Benny The Butcher perfect scores and Conway a near-perfect, the anticipation and the pressure was on, and the three songs I heard off this album so far, have not left rotation in my playlist. We know half of this album will be produced by Pharrell Williams, the other half by Kanye West. Three greats, one album. How will this fare? Let’s find out!

1. Brambleton
Produced by Pharrell Williams
The bass, the knock of those drums, makes me feel like I’m in 2006 with Hell Hath No Fury blasting in my Walkman throughout the halls of my college. This song stems from real-life occurrences, with his former managers decrying Pusha’s (and Malice’s) past. Pusha is in his pocket throughout this song and his flow is fitting like a glove on a beat that is tailor-made for him to be as merciless as possible. For the guy that Pusha is referring to, well, if you’ve seen The Godfather II, you know what happened to Fredo.

2. Let the Smokers Shine the Coupes
Produced by Ojivolta & Pharrell Williams
If the days of freestyling over other people’s beats were still relevant, then I would be all over this beat! I will be blasting this song all summer, as that nigga on my block, like I got it all when I’m really balling on a budget. This is the type of song where you just dump your face in a cocaine mountain, and as you come up for air, you watch the luxuriousness around you. BANGER!

3. Dreaming of the Past
Produced by Kanye West
We begin the Kanye part of the record. Vintage Ye production as he manipulates a sample to where it becomes the focal point of the song. Clever bars throughout this…

You hollering top five, I only see top me
Award shows the only way you bitches could rob me

The part that irked me was Kanye. It sounded like he recorded his verse in three different sessions, and it still wasn’t cohesive after all the mixing (if there even was mixing to his verse). The song is dope, but the momentum is derailed by Kanye and that nothing verse about buying the Fresh Prince’s crib and another veiled threat to stalk Kim.

4. Neck & Wrist
Featuring Jay-Z & Pharrell Williams; Produced by Pharrell Williams
Out of the three singles released in preparation for this album, I definitely think this made the bigger statement. Pusha talks his talk as usual, but Jay-Z…when are y’all gonna understand that this man just may be the greatest ever? Your money does not compare to his, your stats don’t compare to his, and your rep don’t compare to his. So, let the Faizon Loves of the world talk. Hov was going to ALWAYS be Hov. It’s intuition.

5. Just So You Remember
Produced by BoogzDaBeast, FNZ, & Kanye West
The sample is giving me nostalgia for DJ Shadow’s “Six Days.” Pusha is here to let you know who you’re dealing with. The flow and delivery is hushed yet threatening. Kanye’s minimalist approach, and Pusha’s bars are a perfect fit. “Numbers on the Boards” vibes.

We fight for the bill, you niggas still chipping in
You Google to death, the shit I get driven in
My boys in the hood is mixed with the menaces
The cane is sugar and cut by Dominicans
Open the box, it’s like ten Christmases
My folks in the box is serving life sentences
I live in a world that never leaves witnesses

6. Diet Coke
Produced by Kanye West & 88-Keys
I was going crazy when this track came out, and while that’s kind of died down now since then, this is still a dope track. The Fat Joe sample does get irritating, but if you don’t pay TOO MUCH attention to it, it doesn’t distract as much. Yesterday’s price IS NOT TODAY’S PRICE!!!

7. Rock and Roll
Featuring Kid Cudi & Kanye West; Produced by Ojivolta, Pharrell Williams, & Kanye West
Pusha, while his verse isn’t as impactful, is still serviceable, and the beat balances Ye’s later production work with his old as far as the chipmunk sample. It’s everything else that I’m finding sketchy. For example, Ye sounds like he just got done deepthroating a reverend at the back of a Sunday Service. Meanwhile, while I’m always for Cudi hums, he sounds so checked out here. Maybe the tension had been there, and it didn’t take a Ye Instagram post tirade to deliver the final blow to their already rocky relationship. The song is okay, but I don’t see myself going back.

8. Call My Bluff
Produced by Pharrell Williams
It’s songs like this that confirm in my mind that Ma$e is one of the most overrated rappers in history. The flow and delivery just screams like something he would be on if he was trying to make a comeback that mattered this year. In the number of times I’ve listened to this, I’ve given this many chances, and it just never clicks.

9. Scrape it Off
Featuring Lil Uzi Vert & Don Toliver; Produced by Pharrell Williams
So on paper, this sounds like this shouldn’t work…and it doesn’t…kind of.

Uzi seems so out of place, and when you think he is about to do something, he just doesn’t go anywhere with it, and the line about picking his boogers just takes me out of it. Skateboard P does his thing with the beat, and Push is okay here, along with Don Toliver’s hook (although he’s had better), but this just screams “radio attempt.” We still worried about those in 2022?

Pusha T sounds hungry and with something to prove. The chasing moguls line sounds so crisp. Pharrell brings something of a…I don’t know… gothic vibe to the production, which I understand P and Ye were trying to go for a more luxurious vibe throughout the album so far, but it is something about the way Push spits when he is out in an underdog position.

11. Open Air
Produced by Pharrell Williams
I like the flute sample in here, but other than that, this song is just okay. Nothing too special here. I wish I had more to say about it, but there is nothing, like the song is just there to be there. It’s filler…damn Push.

12. I Pray For You
Featuring Clipse, Labrinth, & No Malice; Produced by Labrinth & Kanye West
I will never forgive Kanye for that half-naked reunion of the Clipse on that holy terror known as Jesus Is King. You already know my thoughts. However, Ye makes up for it here. Labrinth starts the song off with a smooth, gentle croon, and when the organ and the drums hit, it’s like the skies open. Pusha drags his brother back into the unholy abyss and it sounds like Malice of old, without sacrificing his newfound values. A good way to end the album.

It’s hard to say what I really expected from this album. I mean, I knew I was going to get dope (*wink wink*), and I did for the most part. Maybe it’s me, but a part of me feels like Pusha was…I don’t know…disconnected. Like what I loved about Benny’s and Conway’s albums is that the stakes were high. They’re rapping as if they were still in the trenches of the dope game even though they are clearly far removed from it. As if they were rapping as if their lives depended on it, and that’s what made their respective albums placed at a higher regard as far as I’m concerned. With “It’s Almost Dry,” I feel as though I didn’t learn anything more than what I and we already knew of Pusha T. He appears to be rapping from the throne instead of the field, and maybe that’s the difference.

As far as the production end, Pharrell beat Kanye by a mile. P’s beats were more straightforward, but they packed a bounce and a punch, while Ye’s beats were dope as well and carried hallmarks of his earlier sound in harmony with his later, yet the misfires came from trying to do too many things. All in all, this was a dope album nonetheless, with a handful of tracks that could’ve been left on the cutting room floor. It’s not DAYTONA, but it doesn’t need to be because, in the end, you’ll still have a good serviceable high that leaves you anticipating the next. It’s dope, but it could’ve been SO much more…Madlib?