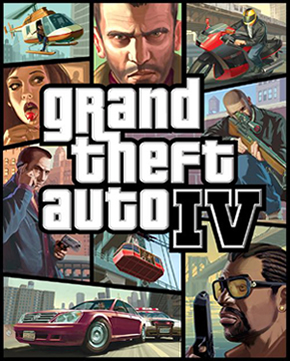 Grand Theft Auto IV was released on April 29th, and since then, I have logged numerous hours on the game. The gameplay is much smoother, missions are more tedious, and the overall experience is FANTASTIC! This time you are Nikko Bellic, an immigrant from Eastern Europe. You arrive off the boat to present day Liberty City, which reminds you a lot of New York City. (Maybe it’s just me?) You start from the bottom and work your way up, but it’s not as easy as it sounds. There are many obstacles in the way of Mr. Bellic. In the post 9-11 era, it’s not as easy as it was to commit crimes, so the police are always present. Some new features that gamers will love are the GPS, which helps with navigation of the big city, for my CHEATERS out there, the way you use the cheats is A LOT easier, and for my killers, the EXECUTION mode. But these are just a few of the changes the creators made to an already phenomenal series. Let’s not forget about the crazy soundtrack we have on this game. Some featured artists are: Kanye, Nas, the Lox, Ghostface, Joell Ortiz, Papoose, and Lil’ Wayne just to name a few. If you own a XBOX or a PS3, you need to have this game. That is if you are over 17!