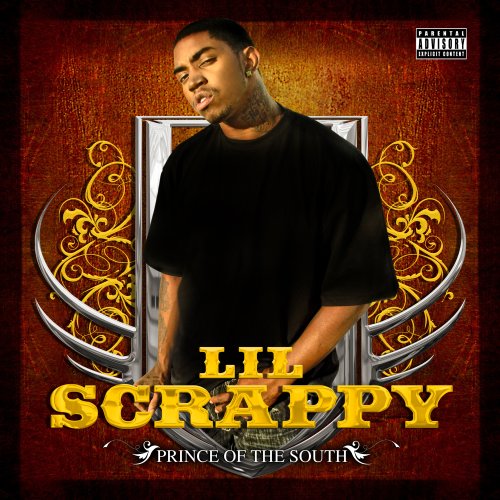 Despite being the flagship artist on Lil’ Jon’s BME Recordings, Lil’ Scrappy never reached the potential that was expected. After pushing 500K on his debut and a disappointing 382K on his follow up, Scrappy went on to sign a joint deal with Warner Brothers for his upcoming album Prince of the South. Scrappy has garnered some success like his fellow ATL brethren, but he has the youngsters and the streets on his side. But one thing you can say about Scrappy is that you can never question where he’s from!

G’s Up
This should have been titled “KnowwhatI’mtalkinbout!” Seeing that he says it multiple times, it’s just an intro, nothing major.

The A
This is a HOT song right here! The beat has a calypso playing in the back and Scrappy reps for his city on this one! You have to admit, Scrappy loves his city! CHECK IT OUT!

Keep it on the Low
I can’t front on this song, I like it. The beat is kind of simple, but it’s tight. Scrappy puts up some nice rhymes to go with the production.

Wassup
The first slip up on the album in my opinion. The track is has too much going on, which takes away from what Scrappy is saying. He gets lost in the track “See I’m a G, you’re an F!” Weak lines like that and a lazy hook doomed the song. NEXT!

Take Advantage
This is an intro for the next song which happens to be from Friday.

Smoke, Ride & Get Paid
This has to be a D-Boy anthem. The beat is pretty good and Scrappy shows that 50 taught him something, how to make a decent hook! “This is what we do, smoke and ride and get paid!” I like this one, BANGER!

The World is Mine
Featuring Lil’ Flip
Lil’ Flip resurfaces on the track, and I see why he fell back in the game. He says the same rhyme over and over again. Scrappy thinks he’s a don on the record and tries to convince the listeners that he’s don status. But we’re not fooled, we like the crunk Scrappy better.

Fo Sho
Again you can see the 50 influence on this song. The hook sounds like 50 helped him out. The hook can’t help out a dull song though! Scrappy doesn’t keep you interested on this song at all.

All Hunid’s
Scrappy gets a good beat and put together a good song. Scrappy does well when he stays in his environment. He does let some weak lines through, “I was so curious that they called me George!” Don’t let that line deter you from listening to the track though.

Believe
This is another intro, this time from American Gangster.

You Trippin’
Featuring Lil’ Flip
They must be real tight, because Flip got two songs on the album? But this one is has the screwed hook that Flip is accustomed to. But this one should have stayed on the cutting room floor. GARBAGE! Not because of Scrappy, but because of Flip and the track.

Throwin’ up Dat
A dumb hook can ruin a song along with a Muslim greeting coming from Scrappy. Why? SKIP!

Move Somethin’
You notice the CRUNK is back in Scrappy! This is one for the clubs that will have the ladies and gents with their mean mugs on and hood signs being thrown up!

Wassup, Wassup
Featuring J-Bo of the YoungBloodZ
This is a remix to the before mentioned “Wassup”, this time adding J-Bo to the remix, but it still didn’t help out because it’s the same song with J-Bo added to it. I still say SKIP!

Prince of the South
An Outro to album where Scrappy gives his official endorsement to Obama! Guess that does it for me!

Bottom Line:
Not that I was looking for Scrappy to come out the gates with a banger, I did expect something a little better. Scrappy is now on his third album, and I still don’t see artistic growth. He talks about the same subjects and it gets redundant at times. I thought being around 50 was going to help him, obviously it didn’t because he had TWO guest spots with Flip and a questionable add on with J-Bo. He could have done a song with someone in his age group and got the youngsters on his side, but he chose not to do that and his album flopped in my opinion! BACK TO THE DRAWING BOARD!