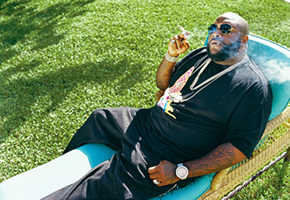 I know ya’ll didn’t think that I was going to let a week go by without saying nothing did you? I have been catching a lot of flack from B-Easy for giving Rick Ross a pass on the whole CO thing. But that hasn’t stopped me from liking any of his music! Ross just recently released a mixtape titled This Is The Life (The Life And Times Of Rick Ross), and I must say it’s pretty tight. But we’ll get to that later on people. The South has been releasing some pretty good street music of lately. You might want to check some of this out! 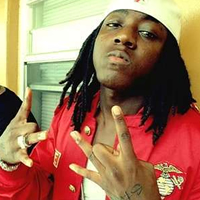 Ace Hood is the latest youngin to come out of the MIA, making some noise with his single “Cash Flow” and appearing on Khaled’s “Out Here Grindin”. Khaled is vouching heavily for dude, so big things are expected from the youngster. Check out the song here where he is featured along with Brisco called “Can’t See Ya’ll”. 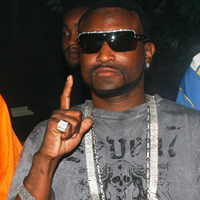 Even when this “beef” started between LO and T.I., I was kind of fanning some flames, but now I think the “beef” has ran it’s course. LO…it really doesn’t matter who is from Bankhead! The world doesn’t revolve around Bankhead, hell Atlanta doesn’t even revolve around Bankhead. Now with that out of the way, be thankful that Tip even took the time to “beef” with you to jumpstart your career. I like Shawty LO, but I think if going at T.I. is your only gimmick, then the lights on your career are getting dimmer by the minute. But on that note, let’s check out his latest attempt to get Tip to really service his ass on some “Jackin for Beats” type stuff. 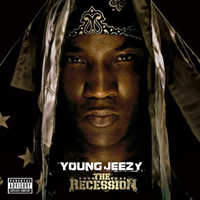 Young Jeezy, whom I’m sure that you all are familiar with, who had 2 consecutive SOTW, would have been 3 but B-Easy wanted Weezy! But the reason being so, Jeezy has been releasing a song every Tuesday at 9:02 up until The Recession drops. This is according to the homie at Tha Carter Cartel, who supplied the songs on this post. I can’t wait for this album to drop to see if Jeezy really went back to his essence. But here is his latest song titled “Vacation”. 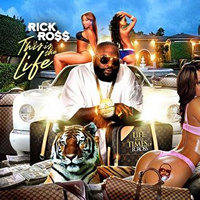 Last but not least, here is the latest mixtape released by Rick Ross titled This is the Life (Life and Times of Rick Ross). Got this from RapGodFathers, they have some good stuff over there that you might want to check out. But the album features some good “covers” of songs that are already out. He talked about his recent stint in the news, didn’t say too much either. Ross is catching a bad deal here with everybody throwing his credibility in question. Some of our all-time favorites had credibility concerns. Jay-Z never was the big time drug dealer he says he was. Nas was never in the streets when he was younger. Pac wasn’t this thug that everybody made him out to be. Biggie was never on Frank White’s status. So what is the big deal about Ross being a CO? He could have been a dirty CO for all that we know. But that is all I have to say about that!

Download: Rick Ross – This is the Life (Life and Times of Rick Ross)