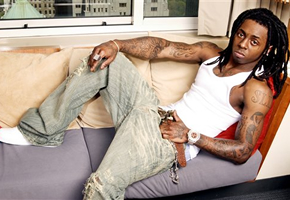 ALERT: This is NOT a hate post. Dick Riders put ya’ guns down. So, my boy B-Easy went in on Mr. Carter….the OTHER Mr. Carter last week, and the replies were all over the place. It got me to thinking that after such a meteoric rise, NOW he should walk away from the game. Look, he’s spun the most impressive log of hits and airplay in the past 2 years, one of the illest self promotional campaigns ever and even netted a platinum record in a time when rappers are platinum if they go gold. He has 2 record labels to run and a host of artists that look really promising. Now, most artists seem to try their hand at acting, but seeing as how Weezy F. Baby parties like a rock star, I can’t see him sitting down and memorizing a script or his voice being the proper fit for any role. So what does he do outside of music? I have the Top 5 business ventures for the King of Cash Money Records AFTER the lights get low. 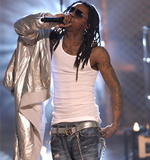 5. Skinny F. Jeans by Weezy
Slogan: Be the best dresser alive.
Colors: any and all colors and patterns and materials except denim.
Weezy has a certain flair for the dramatic when it comes to his jeans. He boasts about the cost of these elite trousers in his songs and parades them out in every color imaginable. Why not make become your own model? Every rapper has their own fashion line, but none of them seem to really care about the jeans as much as Weezy does. He often rocks a simple ass t-shirt and lets his jeans do the YELLING for him. 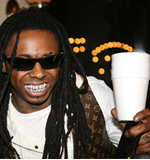 4. Swaggafoam Cups by Mr. Carter
Slogan: Swig n’ swag
Sizes: Taste, Drink, Endless, and DAMN
If you see him, you see them; a stack of nondescript plain white Styrofoam cups in his hand. Each cup is a different set of events, and this man carries weeks in his hand. Now, it’s true that he is already working on Champagne, but let’s keep it funky, Champagne is nasty and elitist. Why not market something that not only you can enjoy, but your fan base can front with and fill with JUICE and Tussin. Be JUST like Weezy, get yo’ sip on. 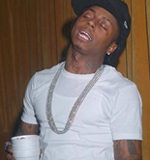 3. Baby Oil (an energy drink)
Slogan: Please get the Baby.
Flavors: Purple stuff, Red stuff, Sunny Weez
No bullshit, I could have put out 12 or 13 albums in a 4 year span myself if it wasn’t for this annoying bitch that hangs around me. Always there, always ready to corrupt me. That bitch’s name is sleep. Who needs it??? I mean, seriously, on top of his 12 or 13 official albums, the man has does so many cameos that you hear his voice on about every other song during any hour timeframe on any station that plays Hip Hop and RnB. He simply doesn’t even need an ad campaign for this shit. Just put 13 albums in 4 years on the back and watch it fly off the shelves. And yes, it comes with a Swaggafoam cup to get the full experience. 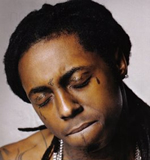 2. Mi’Carter – A men’s cologne
Slogan: Best fragrance alive
Fragrances: Cash, Money, Millionaire
When you spend as much time I the studio as Dwayne Michael Carter Jr. does combined with smoking weed and spending a lot of time in folks face doing collabos, you CAN’T be funky. I’ve never smelled dude, but I’d guess that he don’t smell like most folks would smell cooped up in a recording booth for 12 hours at a time. Mi’Carter is the upscale cologne offering that turns up the fragrance when you get hot. No need to reapply during any 12 hour period. Just rub the areas you sprayed and it’s renewed. With three fragrances to choose from, you pick the mood. 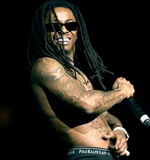 1. High-Too Tattoo Ink
Slogan: Be the fuckin’ life of the party, for life
Everyone is tatted nowadays. Other than the skill of the artist, how can you make your tattoo stand out? Easy, request High-Too Tattoo Ink by Lil’ Wayne. These inks are mixed with a special blend of neon color, neurotoxin, and weed to give you the only Glow in the Dark – Mood Altering tattoo ink on the market. The colors POP in the black/blue light of clubs and show up like neon lights. To activate them, a brisk shake or rub on the area of the tattoo will animate the blend and you will glow, be a little numb, and high all over again.

So there you have it folks the Top 5 ways Weezy can go from the “Best Rapper Alive” to “the Best Business Alive.”