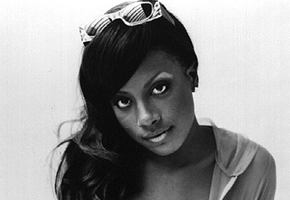 I was having a hard time deciding on SOTW, but then we got an email from one of our dedicated readers SBA. What you think we don’t listen to you guys? Anyway, he suggested a few tracks and I checked them out. What is funny is that I was going to go with a Gangsta Boo song, just one of her older ones. For the ones that don’t recognize who this lady is…she is the “Queen of the South“. She has been repping that title hard for a minute. It’s good to see Boo is still around spitting that flame like she did years ago. Check out the track, and off the title alone “Gangsta Gangsta” you can tell the beat goes hard, and you know that Bun and Boo are keeping it trill on the track. A little background info on Boo: she used to be the only chick down with Three Six Mafia, she left the group and went solo.  She has had moderate success on her own, but she still gets mad respect in the south for doing her own thing. Sit back, enjoy, and thank SBA for this installment of Song of the Week.