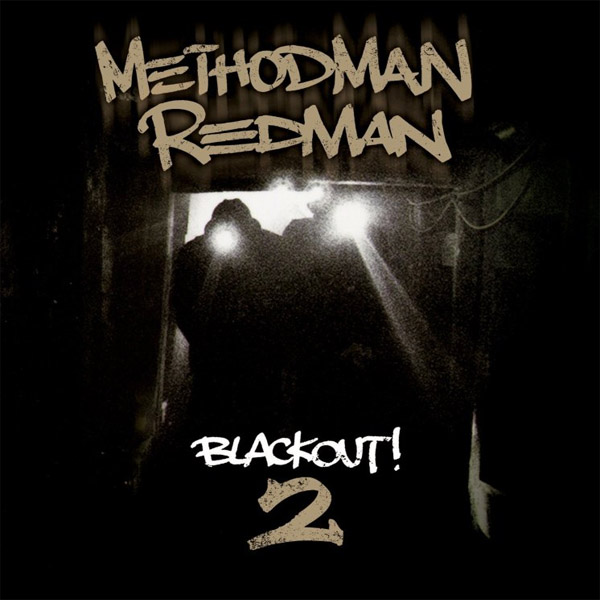 While both Red & Meth have 10 solo albums between them, it’s hard to not acknowledge that as a team, they’re almost unstoppable. It’s also crazy to think that it has been 10 years since Method Man & Redman linked up and released the original Blackout!. With lyrical chemistry and rhymes for days, the Blunt Brothers connect once again to produce Blackout! 2.

1. BO2 (Intro)
Produced by Mathematics
It seems fitting that this album starts of at a Red & Meth concert and immediately jumps into song. The hard hitting beat starts off things on the right foot (That sample is sick) and both Method Man & Redman sound inspired (Red: “You see smoke in the air?/Two hot boys that put coke in your ear”). So far, so good.

2. I’m Dope Nigga
Produced by Havoc
The second track keeps things going right where the first one left off. Havoc gives them a heavy synth track and meshes with the styles. Even though Meth does his thing here, it must be noted that Redman sounds reinvigorated. “I’m dope nigga!”

3. A Yo
Featuring Saukrates; Produced by Pete Rock
This was the first single off the album and I understand why. It’s one of those tracks where it’s could be played on the radio but doesn’t have Red & Meth watering down who they are. Saukrates kills the hook and Pete Rock puts in some work.

4. Dangerous MCees
Produced by Erik Sermon
This song isn’t bad, but it sounds a lot like a sped up version of “I’m Dope Nigga”. Not to say the lyrics are wack (Meth: “Back when Chef momma used to sell plates/We used to sell base/I learn to wipe my nose and wipe the prints of the shell case”). Maybe I’d like it better with some tweaking or different sequencing.

5. Errbody Scream
Featuring Keith Murray; Produced by Swiff D
Meth & Red pickup Keith Murray for this one. Murray actually doesn’t sound bad (More like “Special Delivery (remix)” than Rap-Murr-Phobia). The others do okay, but the production sounds dated and the different speeds kinda throw you off. Ehh…

6. Hey Zulu
Produced by Rockwilder
Cue the auto-tune! There goes my hopes that Rockwilder, Method, & Redman would make another “Da Rockwilder”. The whole “Hey Zulu” sample playing all throughout the song is annoying.

7. City Lights
Featuring Bun B; Produced by Nasty Kutt
When I first heard this track, I really wasn’t feeling the pairing of UGK & Meth/Red. But after more listens, it started to grow on me. The beat is not something I’d expect to hear on Blackout! 2 but the Pimp C sample works. And of course the ever consistent Bun B does his thing.

8. Father’s Day
Produced by Ty Fyffe
Now this is gonna mess with me for a minute. The sample on this song has been used before but for some reason I can’t think of it (Freddie Foxxx used the sample for “Stock In The Game”). Anyways, the track is solid; more of the same of what you heard earlier but still solid.

9. Mrs. International (skit)
Featuring Tanisha Green, Michelle Pinckney, & Saukrates; Produced by Reggie Noble
An intro for the next song. Redman is always good at the skits.

10. Mrs. International
Featuring Erick Sermon; Produced Buckwild
This is as close as you gonna get to a “for the ladies” song from Meth & Red. That’s a good thing. They still get to be themselves while asking chicks “wasn’t you on Maury”. It won’t get played when I’m trying to get it in with the wifey, but it’s still smooth.

11. How Bout Dat
Featuring Ready Roc & Streetlife; Production Vinny Idol
Meth/Red trade bars with Ready Roc & Streetlife over a synth heavy beat. This is one of those songs that could have been left off the album and probably wouldn’t be missed. It actually can be categorized as filler. Not bad; just forgettable.

12. Dis Iz 4 All My Smokers
Produced DJ Scratch
Of course you know we had to have a song dedicated to weed on a Method Man & Redman album. The beat, provided by DJ Scratch, is a violin laced beat that really brings out the track. The hook, which is a crowd from an actual concert, is a nice touch too. My favorite of the album.

13. Lock Down (skit)
Featuring DJ Kay Slay, C.O. Ellis, & Ready Roc; Produced Reggie Noble
An intro for the next song. As I said before, Redman is always good at the skits.

14. Four Minutes To Lock Down
Featuring Raekwon & Ghostface Killah; Produced by Bink!
Do you see who is on this song? Yeah, cut the fuckin’ lights off homie. This is the shit I’m talking about; straight spitting over a dope beat. It reminds me of “Run 4 Cover” off the original Blackout!. As for the production, Bink! always does his thing (I wish I’d hear his stuff more often though).

15. Neva Herd Dis B 4
Produced Erick Sermon
This song falls under the same category as I said earlier about “How Bout Dat”. Being this late album, at track #15, they really could have left this track off. Once again, not a bad track. Just not ferociousness I am use to hearing from these two (especially when teaming with Erick Sermon).

16. I Know Sumptn
Featuring Poo Bear; Produced by King David
More auto-tune? I’m scratching my head because now I’m sure that if this album was shorter it would have been better. This track really has no reason to be here. The production here sounds like it’s from the late 90’s (Except for the auto-tune; well then again…). Meth & Red actually spit some decent stuff but still can’t save the song.

17. A Lil Bit
Featuring Melanie Rutherford; Produced by Rockwilder
This is another song that grew on me. At first I questioned why the ended the album with this track, but in fact it’s not bad. Rockwilder’s spacey backdrop almost makes up “Hey Zulu” (Almost). I would have ended the album differently, but I can’t knock this way either.

Bottom Line:
Blackout! 2 starts off strong but wavers off towards the end (The first 3 tracks had me thinking 4 Stars). One problem that I have with this is the lack of standout tracks. I don’t mean that the songs are bad (I said it a few times in the review), it’s just none are really remarkable. I probably will only keep 15% of the tracks (And I liked Blackout! 1 a lot). Trim the tracklisting down and rating would have went up. Still, I’m sure we’ll get e-mails and comments from the die hard “stans” about how this album is way better than I rated it and maybe that’s the point. This album will in fact please those real Method Man & Redman fans. Anyone who wasn’t down with the first album may need to bring a light bulb.