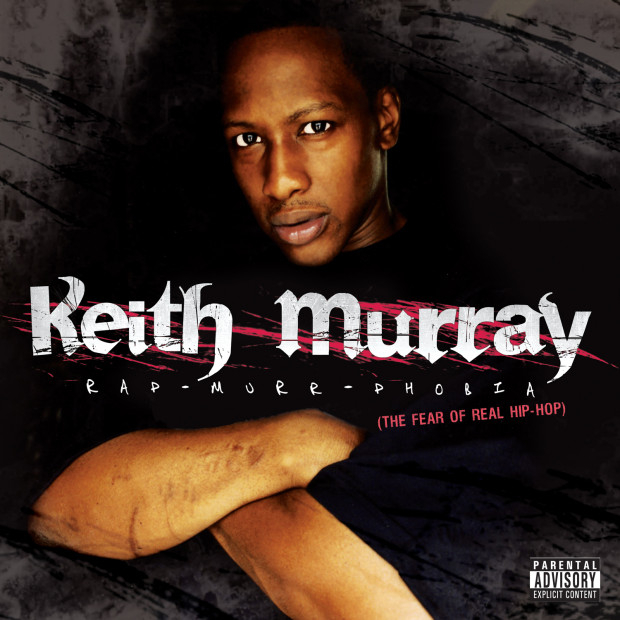 What’s really good people? Keith Murray just dropped his fifth solo album, and lets see if this is worth buying it. People are wondering if he could save Hip-Hop and does it compare to any of his older albums such as The Most Beautifullest Thing In The World and Enigma. Hmmmm, we shall see won’t we?

Alright first song “Da Fuckery”, this song isn’t bad. The beat is pretty good and Mr. Murray is spitting about people that are talking that gangsta shit but they are not doing it on the real level. “Weeble Wobble” is decent but not my favorite; the beat is okay though. “Don’t Fuck Wit Em'” featuring Kell Vicious; I see Mr. Murray reunited with Kell Vicious once again. Mr. Vicious was on the Enigma CD. This song is alright, not too bad once again, and the beat is mellow. Im sure you people get the concept of the song from title. “U Ain’t Nobody” featuring Redman & Erick Sermon; this song is straight. I like it somewhat even though its not like the previous stuff from Muddy Waters and other older albums where Def Squad did a song together. It’s still a decent effort though. “Do” starts off with a great soul sample, and the beat is dope. Overall the song isn’t bad though, he’s talking about how he started out in the hood selling dope. I’m kinda getting tired of that concept but he does tell a story with his though. Up next is “Nobody Does It Better” featuring Tyrese and produced by Erick Sermon. This is the single for the album which is alright though, I like it. He talks about how he’s hot and the longivity he had in the game from making appearances with Mary J. Blige, LL Cool J’s “I Shot Ya Remix” and various artists. It kinda reminds me of something that would have been on The Most Beautiful Thing album. Dude is only 33 years old, he started in the game young, and he still got a little more time left. That’s the beauty part about starting out young in the game. Next song “Hustle”, this song isn’t bad. I like this sample alot, ‘s got that jamaican swing to it. It’s another song about him talking about hustling when he was younger, but the way he raps it is different from the rest of the other trappers out there nowadays. “Whatmakeaniggathinkdat” got a down south sound to it and I’m not feeling this. I’m from the South and I love songs with bounce on it. But I’m one of the most diverse people you’ll ever meet and if I like a artist from where ever coast then I like ya, you don’t have to sound like us for me to like you. It’s about the skill with me and sometimes the tracks. This one of the songs I skip quite frankly. “What It Is” featuring Method Man and 50 Grand. This song is alright to me; I like the beat. Method Man is spitting pretty good on here as well. 50 Grand is alright; I haven’t heard from him since the Enigma CD. “We Ridin'” featuring L.O.D. (Legion Of Doom); this song is alright though, I won’t listen to it much but its not bad though. “Never Did Shit” featuring Unique, hmmmm… This song is about bitches not doing shit for him, and the woman Unique raps about niggas not doing shit for her but fucking, and then flee. Skip this track, im not feeling this song at all. “Something Like A Model” featuring Junior; I like the beat but everybody got a damn song like this though. This song isn’t too bad either; I can deal with this and once again the track is pretty nice. The last track on the album is “Late Night” featuring L.O.D. The beat is nice and the song as a whole isn’t bad either. They all trading off verses and this song isn’t about getting no pussy either, some gangsta shit basically.

Bottom Line:
Basically this 16 track album isn’t a bad effort. I listen to some of the songs myself when I’m chilling out. I felt like some songs should have been taking out and he should have added some more Hip-Hop joints on there especially if he talking about The Fear Of Real Hip-Hop. This CD is better than He’s Keith Murray which was the last album and first album on Def Jam he dropped before he beat up them two A&R’s. It still not on the level with The Most Beautifullest Thing In The World, and it’s not hard as Enigma and the quality is a little lesser than It’s A Beautiful Thing which was released in 1999 when he was in prison.

Download: Keith Murray feat. Tyrese & Junior – “Nobody Does It Better”