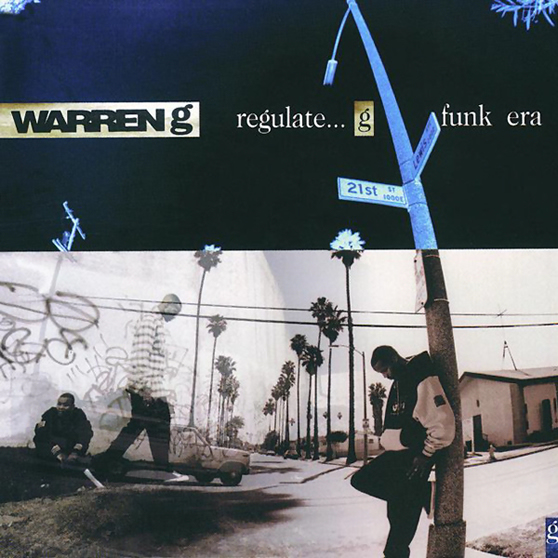 In the 90’s, when the West Coast was dominant in rap music, I think the majority people only remember Death Row. While Suge & company did run Hip-Hop at the time, I think people forget about a Warren G ’s Regulate…G Funk Era. I personally consider this album Classic Material. I’m sure most recall the monster that was “Regulate” featuring Nate Dogg; it was everywhere in 1994 (Originally appearing Above the Rim soundtrack). But the album had more gems besides that. “Do You See” was the second track on the album and the first time I heard it I must have played it a least 8 times (This was the first time listening to Regulate…G Funk Era). “This D.J.” is also another standout; I remember giving my factory speakers a workout with that one.

My personal favorite song on the album isn’t even Warren G song; it’s Jah Skills (Shout out to Da 5 Footaz!). “Super Soul Sis” is my pick for best track of Regulate…G Funk Era. It’s one of those beat that so chill but still have you nodding your head (Courtesy of samples from “Don’t Stop (Ever Loving Me)” by One Way & “Why Have I Lost You” by Cameo). I still regular bump “Super Soul Sis” and still hate the fact that Jah Skills never got the light she was suppose to; she had talent and lyrics still give these female rappers of today a run for their money. There is some other notable tracks like “Recognize” featuring The Twinz (Who where actual twins), “This Is the Shack” featuring The Dove Shack, & “What’s Next” featuring Mr. Malik (Another rapper who should have got on; listen to “Pump Pump” off Doggystyle). Check out the whole album to get a full effect of what was the G Funk Era. Now, as for Warren’s second album 3 years later? I never got into that “I Shot the Sheriff” bullshit.