I Don’t Want Mickey Factz In My Corner 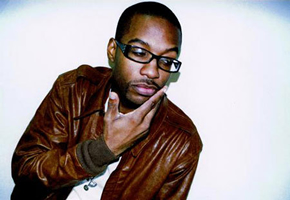 I don’t know much about Mickey Factz, but over the weekend he was thrust in between the Joe Budden/Raekwon debacle. In case you didn’t hear over the weekend Joe got approached by Raekwon and about 5 of his goons. Allegedly it started off as convo, then all of a sudden Joe got caught in the eye. The reason why I’m calling out Mickey is for the Factz (pun intended) that he didn’t do anything at all! Not that I was expecting him to go in there and get all duffy on Rae and his clique…but you have to do something. I’m pretty sure Joe Budden is saying that he will NEVER hang solo with this guy again. I’m not really going to weigh my opinion on the situation because I think that both parties were wrong: Rae for letting him man swing on Joe. NOT A GOOD LOOK. You don’t get stripes by letting you man’s handle some of YOUR beef. Joe was talking about one of your Wu-Tang brothers, now unless that bodyguard was in the Wu, Rae is gonna have to take an L for this. On the otherhand, Mouse got showed some old school Hip-Hop tactics. People used to be held accountable for their actions in Hip-Hop. Nowadays people get on the internets and talk so flagrantly about so and so with no repercussions of their actions, well Joe found out that Raekwon is keeping that code in honor. Now back to Mickey, I saw this video of him telling HIS side of the story. NIGGA I’M SURE JOEY’S EYE DON’T WANT TO HEAR THIS. I want you guys to look at the video and tell me is this a guy that you want to have your “back”. Yeah, I know he is a skinny dude but the skinny niggas I hang around at least keep a 4-5 inch blade that they don’t hesitate to use. Mickey you better hit the weightroom or holler at B-Easy and see where he gets his blades from.

For these actions by Mickey Factz, I have to BAN this nigga!