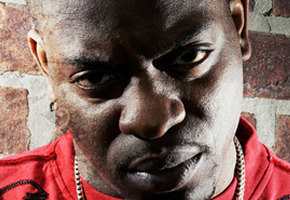 I’ve previously wrote that when it comes to Hip-Hop, I’m really into lyrics. But that doesn’t mean that I can’t enjoy a rapper that isn’t flipping long words or double-entendres. One rapper that falls under that category is Uncle Murda. I fucks with Uncle Murda. Yea, he’s not Rakim but dude goes hard. Earlier this month he hooked up with DJ Suss One and dropped his mixtape Summer Time Shootouts. I gave it a few listens when it was first released, but eventually I didn’t keep it on my iPod (Murda going over Gang Starr’s “Who Got Gunz” was cool). So the other day, I saw a video for his remix of Jay-Z’s “D.O.A.”. That shit went right back on the iPod. Murda is one of those rappers who have gritty rhymes sprinkled with humor. Some gems:

“Look at all this talent I was born with/I’m the realest rapper Jay ever did a song with (Ask him!)”

Yep, that good ole Gangsta Rap music. In his own way, Mr. East New York murdered the track (Pun intended). And since Jeezy stepped out of his Trap Or Die phase a while ago, Uncle Murda may now possible have the best ad-libs in the business (Tell me I’m wrong). Check out the video and if you’re gutta enough, I’ve also included the “D.O.A. (Street Mix)” track for download as well as the whole Summer Time Shootouts mixtape. Enjoy.