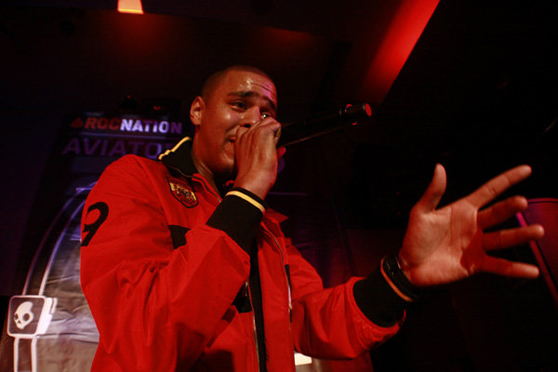 I’m not saying this because of my bias either. The dude is showing that he can actually write music instead of being a “mixtape” rapper; it shows on this song (Which is unfinished and supposedly missing a singer for the hook). First thing I notice is the catchy beat by Jim Jonsin, not his normal “Lollipop” or “Whatever You Like” production that we are accustomed to hearing from him. This one actually showcases J. Cole’s storytelling ability while he tackles everyday problems that we “regular” folk go through on the daily. First verse he talks about bill collectors, second verse he raps about police hating, and the third verse about the media and the judicial system. I just hope that when the album is completed, it is as good as all the leaked songs he has been putting out.

I said it before and I will say it again…J. COLE GOT NEXT. I just hope Jay-Z doesn’t mess up dude’s career. Well, I know you want to hear the song…so here it goes!