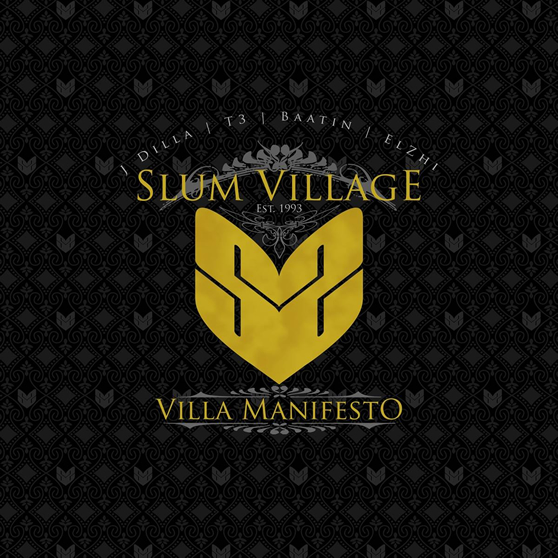 The concept of change is something that inevitably happens over the course of life, and for Slum Village it’s something that they have experienced the most of during the span of the group’s existence. Since their early beginnings back in 1996, Slum Village represented the next generation of Native Tongues when groups like A Tribe Called Quest and De La Soul began to fade from the forefront. The collection of Baatin, T3, and Jay Dee (J Dilla) would forever change the landscape of Hip-Hop/Rap music with their soul drenched production and off-kilter rhymes, ushering in a neo-soul element that had yet been heard. In their decade-plus years in the game, SV has produced a catalog most would be hard pressed to rival but it hasn’t come without its share of obstacles to overcome. While some were unpredictable (J Dilla leaving the group, Baatin’s health issues), some were out of their control (Dilla and Baatin’s passings).

Events like this would normally have dismantled a group, but it was infect these obstacles that allowed the bond within Slum Village to grow stronger. Evidence of this is clearly heard on their sixth album Villa Manifesto, which features all five group members (T3, Baatin, J Dilla, Elzhi, Illa J) on one album for the first time. In similar fashion to Little Brother’s LeftBack, this album is slated as their final release but obviously for more justifiable reasons. There are no family feuds or Twitter fights to be found here (Phonte/9th Wonder), but the trio that once stood three strong has been reduced to only one original member remaining. Regardless of the logistics, this album is a celebration of the SV legacy and is fittingly heard on the opening track “Bare Witness” as Khrysis’ horns provide the farewell fanfare. Lyrically Slum Village sounds razor sharp and as united as ever, completely erasing the posthumous title that might be associated with the album.

One listen to the J Dilla produced “Lock It Down” and you would have a hard time believing it wasn’t recently recorded in the studio by the group’s members together. This feel is present throughout most of the album in part from the production contributions of Detroit producer Young RJ who contributes to 6 of the album’s 13 tracks. With songs like “Where Do We Go From Here” and “The Reunion, Pt. 2” the production from RJ allows Slum Village to expand their sound but not travel to far outside of their comfort zone. That sound expansion is best heard on the lead single “Faster”, which features both a commercially viable beat and hook from Colin Monroe. Slum Village has seen their share of commercial success with previous singles like “Selfish” and “Tainted”, but “Faster” displays the mainstream potential that still remains in the group. Perhaps the best example of Young RJ’s association is heard on “Scheming” as a smoothly produced beat provides the backdrop for SV to express their tales of female pursuit with Posdnuos and Phife of the previous mentioned Native Tongues groups contributing to the hook.

Young RJ isn’t the only producer that is heard on the album as Madlib (“Earl Flinn”), Mr. Porter (“Don’t Fight The Feeling”), Hi-Tek (“The Set Up”), and Dave West (“Dance”) also make contributions that prove successful for the overall cohesiveness. Even though this is a Slum Village album, some songs come of sounding like they would be more at home on J Dilla’s final album release The Shining, particularly the aforementioned “Earl Flinn”, which features similar kazoo-based production as “Geek Down” and the atmospheric “We’ll Show You” featuring Dilla’s younger brother Illa J in the same vein as “Won’t Do”. But that’s not to slight either song as they both fit well with the others heard on Villa Manifesto. While missteps are few and seldom on the album, songs like “2000 Beyond” and “Um Um” just don’t hold up as strongly as other tracks heard on the album.

Bottom Line:
If Villa Manifesto truly happens to be the last official release we hear from Slum Village then it’s safe to say they leave on a note as strong as the one they debut on 14 years ago with Fan-Tas-Tic (Vol. 1). The fact that there’s something to be enjoyed by all on this album regardless of preference is shows just how good SV’s music is. Besides the cohesiveness heard throughout the album, Slum Village never stray from who they are as artists or compromise their sound for the changing times of the industry. The untimely departures of members J Dilla and Baatin left a void in Slum Village but that void is never glaringly present, which makes Villa Manifesto more than a fitting tribute and farewell to a group that made the game conform to them instead of the other way around. With James Dewitt “Dilla” Yancey and Titus “Baatin” Glover now resting in heaven, T3, Elzhi, and Illa J represent the Slum Village name proudly for generations to come.