T.I. Gets 11 More Months In Prison 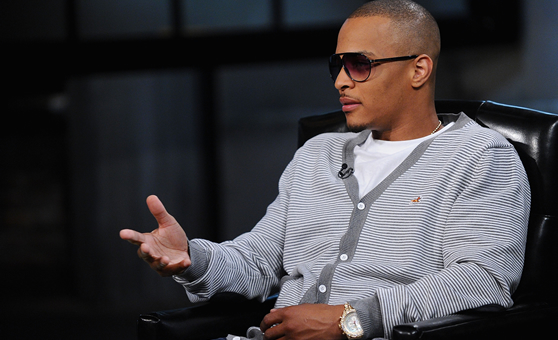 Even helping a suicide jumper the other day couldn’t save T.I. from jail. Can’t say I’m surprised. Access Atlanta reports:

T.I. was still on probation for federal weapons charges when he was arrested Sept. 1 on drug charges in Los Angeles. He and his wife, Tameka “Tiny” Cottle, were taken into custody during a traffic stop in West Hollywood in which deputies said they smelled a strong odor of marijuana from inside the car. They were soon released on bond.

After the arrest, a U.S. probation officer alleged that T.I. committed three violations of his supervised release from prison: possessing ecstasy, testing positive for opiates and associating with a convicted felon. Pannell then ordered T.I. to appear back before him in court on Friday.

There are reports that Tip will file an appeal on the ruling. Now what happens with King Uncaged? Can his career even take another jail bid? Should we expect another Road to Redemption in a year or so?

Declaring that T.I. “has had about the limit of second chances,” U.S. District Judge Charles Pannell Jr. sentenced the rapper and movie actor to 11 more months in prison for violating his probation. The rapper will begin serving his time at a later date.

T.I., whose real name is Clifford Harris Jr., asked the court for leniency.

“I screwed up,” said the rapper, wearing a three-piece gray suit. “I screwed up bigtime, and I’m sorry. I’m truly and sincerely sorry. I don’t want and I don’t need to use drugs anymore. I want them out of my life.”

But Pannell was unmoved.