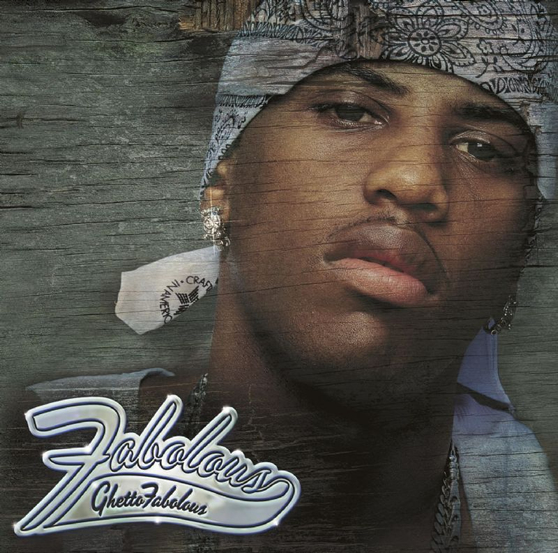 2001 was the year that I recognized how head over heels in love with Hip-Hop I was. This may seem odd knowing some of the adversities we as American people had to overcome during that year: Aaliyah passing away, George W. Bush taking the White House (Wasn’t sure we would make it through that one), and worst of all the tragic events of September 11th. Even in the midst of this Hip-Hop not only endured, it flourished! Multiple artists released great bodies of work. Jay-Z released his album Blueprint, Nas dropped Stillmatic, T.I. gave us I’m Serious, and even Tupac released Until the End of Time. With all of these rappers who dropped what can be argued as classics, it is not difficult to understand how someone got lost in the mix.

Fabolous delivered an album that can stand up to any of the albums that I aforementioned. With Ghetto Fabolous, Loso introduced himself to the world, and did it with unbelievable odds stacked against. His debut was scheduled to be released on the same day as the Jay-Z dropped his legendary album, and it would arrive the same day as the terrorist attacks of 9-11 occurred. Yet somehow he was able to garner enough sales and positive reviews that almost ten years later he is still one of our best emcee’s.

1. Click And Spark
Produced by DJ Clue & DURO
This is a great way to start out an album: “My gun go click and spark/ Don’t leave witnesses to point me out on 106 and Park…”

2. Keepin’ It Gangsta
Produced by DJ Clue & DURO
This may be the most popular song off the album and it wasn’t really pushed to the public. This is perfect way to describe Loso at this point of his career. He didn’t do a lot for the ladies he was raw. This is the Fab most people talk about when they say he is not the rapper he use to be.

3. Young’n
Produced by The Neptunes
Old School Flow! I don’t know how many rappers could do this and sound so natural on it. The Neptunes gave him a real jewel on this one. The production has an old school feel to it as well so it works perfectly. Holla back!

4. Get Right
Produced by Rockwilder
By now you feel how well the album flows. Fab drops some real jewels on here too.

18 inches and up, no sittin on minors
After tha club hittin a diner, spittin the lines
And end up in a hotel, gettin vagina

5. Ride For This
Featuring Ja Rule; Produced by DJ Clue & DURO
One thing I should mention that Fab did on his debut that most rappers cannot do nowadays; put it out with very little features and all of the features were only for the hook. Even having Ja (who at the time was arguably the hottest rapper in the game) on the album without a feature shows a real confidence in his abilities. He delivers too.

6. One Day
Produced by Omen
The first five tracks were intended to show off his lyrical ability and this song shows that there is a lot of depth in his music as well. The production is a lot more subtle, and Loso goes on to talk about some of his hardships that he faced before the deal came through.

It’s easy to look at my life and don’t see no pain
I remember takin 3, 4 trains to re cocaine
Standing in the lobby during sleet, snow, rain
Waiting for fiends with a pint of beef lomain
Breaking day on the grind, I used to be so drained
But ain’t a Saturday I wasn’t up to see Soul Train
Sometimes I ain’t see no gain
cause I was runnin to Ralphies everytime my trees showed stains
I was lucky I ain’t seized or maim
Get shot or stuck up standin at them cee-lo games
But now shit with these skios changed
I ain’t know why the fuck they used to look at me so strange
Glanced at my neck and didn’t see no chain
Be saying “That’s nasty,” wouldn’t give me no brain

7. Trade It All
Featuring Jagged Edge; Produced by DJ Clue & DURO
This is the song that probably showed Fab how much money he could make dedicating a song to the female audience. This is the only time he does such a thing on his debut but the ladies loved it. The production and feature by Jagged Edge brought the entire song together.

8. Right Now & Later On
Produced by Timbaland
Wow this song makes me wonder why we have not heard more records from Fab and Timbaland. It seems that they bring the best out in each other. This beat was intended to start a party right up. Fab brought his A game for the beat too. “All I say to the heffers is “Jesus”/Keep swallowin my kids, Ones will have no nephews and nieces”

9. Take You Home
Featuring Lil’ Mo; Produced by DJ Clue & DURO
This collaboration of artists here kept both Lil’ Mo and Fabolous relevant in the game as rookies. You just cannot deny the chemistry these tow had. I would honestly love to hear them on a track together again. This one is a banger as well as the rest of the music they did together.

10. Get Smart
Produced by Rush Da Spyda
“Get Smart” is a metaphorical song about getting dome. Fab does a great job of using the metaphor without sounding corny. “Ma look at it from a player position/ I got a scholarship I get smart without payin tuition”

11. Can’t Deny It
Featuring Nate Dogg; Produced by Rick Rock
Lead single from the album. It had a nice West Coast Vibe to it another banger.

12. Ma’ Be Easy
Produced by Just Blaze
Just Blaze delivers a gem to Loso. “I dont care if a skeezer is thick or thin/its gon’ look like she havin’ a seizure I stick it in“. The entire track is full of clever lines like this.

13. We Don’t Give A Fuck
Produced by Armando Colon
This is Fabs message to the haters. He speaks on the times when he was broke he never hated on those with more than him.

14. Bad Guy
Produced by DJ Envy & Mono
This is my favorite song on the album. He talks about the possible pitfulls that come with being successful in the rap game. My favorite is when he talks about the females in the second verse.

Bitches think all they gotta do is say the child is yours
Quit they job and live off the child support
How could you stand there, smile in court
I’ma just settle, fly back to them Cayman Isle resorts
You better sign a pre-nup
You catch me instead of ‘it wasn’t me’
I’m gonna say ‘where you get a key from?’
I love the way your butt switches
But non of these slut bitches
is worth me asking my doctor why my nuts itches
If they see how the Rolls Royce smell
All day I be emptying my in box and my whole voice mail
I’ll be ready to light the weed and pull it
Now every chick want to make me come faster than a speeding bullet
But I ain’t into coaching birds like Tony LaRussa
I done had the thickest chickens to the boniest roosters
Who have trouble getting the kid like me to spend
Ma you’ll never see a bad guy like me again, for real
Loso showed while making this one he was wise beyond his years.

Bottom Line:
The only possible reason I could imagine people sleep on this album the way they do is because of the year it dropped. Fab faced two major hurdles that he was able to overcome; 1. the amount of high quality music the year he dropped. 2. The tragic events of that year and the day he released the album. Fab and his team put out a great arguably classic album, but it’s often overlooked.