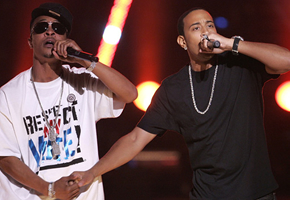 I know the talk of Hip-Hop was last night’s 3rd BET Hip Hop Awards, but to be real with you, I missed it. Yep, I totally forgot about it and had to watch most of the show online. Even though I give BET a lot of flack, they did do one thing last night (As they’ve done previously),they included The Cypher. Although all the participates weren’t exactly great (I love Hip-Hop from other countries, but sometimes I really can’t feel it if I can’t understand what the hell is being said); there were surprises though: Ace Hood held his own among the best of the night, Cory Gunz delivery was crazy, and Juelz Santana was surprisingly my favorite. Sometimes I think that BET could save money and just have cyphers for 2 hours straight. At least then the biggest story wouldn’t be Weezy announcing his new baby. Video + Audio below