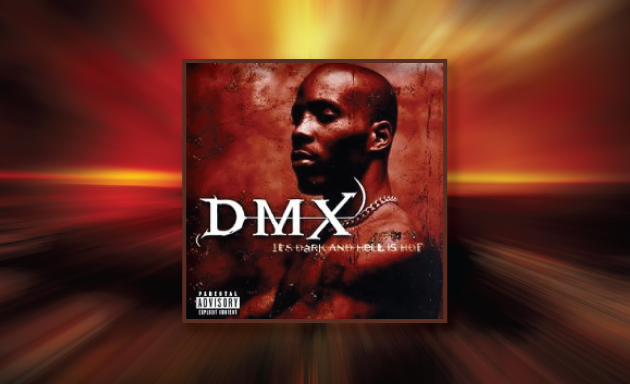 Like I’ve stated before, my personal belief is that there are two ways to be certified classic. One is as a Play-through classic, meaning that you can put the CD in and walk away without needing to skip a song (I don’t detract for a interlude/skit here or there, but if there is a lot that don’t add to the album I detract). The key to this type of classic isn’t just that you don’t feel the need to skip, but that each track is masterful and blows you away. It’s pretty rare to find an album that has that high quality all the way through, even though there are a few albums that you can just put on and let go. The second way is to be a cultural classic meaning that the impact of the album transcends the album itself and makes an impact on Hip Hop culture, as well as pop culture (pop meaning POPULAR/mainstream culture not like pop music). More times than not, you get one (usually the latter) and not the other. DMX’s debut album It’s Dark and Hell Is Hot is one of the albums that gives you both.

From the moment this album starts, it’s evident that we’re getting something we haven’t heard before. From the crazy skit to the transition in the first song, the build up is insane. When the track finally hits, the growling, drums, and loop have you hype as hell. I remember the first time I popped the CD in and feeling compelled to nod my head with that ugly face. You know what I’m talking about, you do it when the song comes on too. Without time to even think about what you just heard, the Rough Ryders’ Anthem comes on makes you continue. The song and video are still favorites for me and to this day, this song is on my gym playlist. It’s not until the skit comes on that you get a chance to stop breaking your own neck. Look In My Eyes is the first indication of what wold really prove to be DMX’s hallmark, dark beats and lyrics. When I first heard this joint, I was like, ok, this fool is crazy. It sounds like a horror movie not because it’s gory, but because of the overall tone of the song. This theme is repeated on songs like Let Me Fly (where he even SAYS he sold his soul to the devil, no Illuminati rumors then though huh), X is Coming, and Damien. The beauty of Damien is the way he tells this story. This is probably my favorite DMX song. We even get a sense of his humor on the intro skit to How’s It Goin’ Down. On that same song, we realize how diverse X can be on this “love song” from the same guy that rapped about killing someone a song earlier. Another crowning moment for this album is his use of Phil Collins’ “In the Air Tonight”. I’ve long since lost my CD jacket for this one and I don’t remember if it was Nate or not on the hook, but either way, it really helped mark this song.

Culturally, DMX sparked the Ruff Ryders movement as well as helped to really give depth to hardcore rappers. Sure, he’s not the first of his kind to be considered lyrical, but he’s definitely one of the illest and most diverse. With him being the face of the Ruff Ryders movement, they became one of the most recognized groups in rap while introducing motorcycle culture and the Dame Grease & Swizz Beatz sound to the game at the same time. Ruff Ryders would go on to be recognized for acts such as the Lox, Eve, and Swizz Beatz. I’d almost go as far as to say that this album helped futher cement Def Jam as a force (as if they needed any more help at the time).

The mastery of this album was recognized commercially by the public making it a 4x platinum selling album as well as it being pretty universally lauded as classic by most Hip Hop heads. I’m pretty sure you can still buy this album for less than $5 on Amazon.com if you don’t have a good copy…and you should do so.  I’m going to re-up  myself just for the CD jacket alone. This album is one of the great books in the library of Hip Hop, you should most def check it out…it’s undoubtedly Classic Material.