5 Things Miami Heat Must Do To Beat Dallas Mavericks 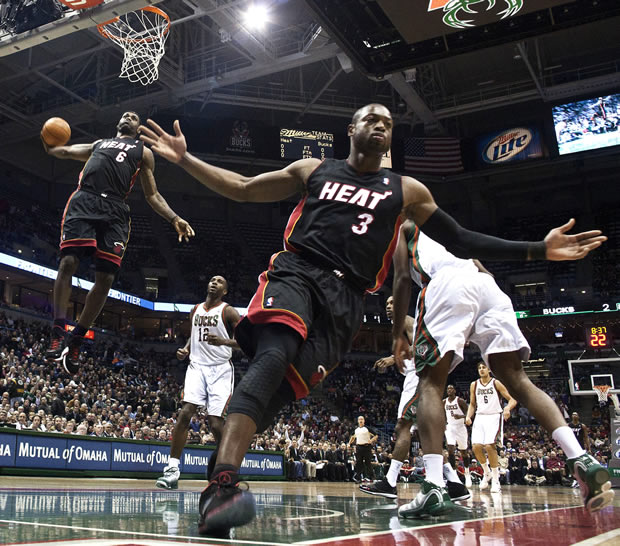 15 of 22 ESPN analysts predict the Heat to win the championship, most expect this to be a hard-fought series that could go the full seven games. For Miami to win the NBA title and the “Superfriends” experiment to be labeled a success, here are the five things the Heat must do.

5. Heat Must Defend the Way They Did Against Chicago
When LeBron James, Dwayne Wade, and Chris Bosh joined forces last summer, no one questioned their ability to put points on the board.

The main question everyone wanted answered was, “Will they be able to defend?” While the Heat started out slow, they meshed well as the season went on, and their defense morphed into one of the NBA’s best.

In the playoffs, the Heat defense has been incredible. Chicago, a team that averaged almost 99 points a game during the regular season, was held to only 83 points a game in the last four games of the conference finals.

Defending Dallas will be a bit tougher. The Mavericks don’t rely on just one player to score. They have several offensive weapons who can get buckets. For the Heat to beat the Mavs, they must play lock-down defense.

4. Heat Need To Win Games 1 & 2 at Home
The Miami Heat are blessed with home-court advantage because they won just one more game than the Mavericks did this season.

With the 2-3-2 playoff format, only two teams have won all three of the middle games at home. Interestingly enough, the 2006 Miami Heat team is one of those two.

If the Heat can hold home court and win Games 1 and 2, they will not only have a 2-0 lead, but they will hold an overwhelming psychological edge over the Mavericks.

3. Chris Bosh Must Step Up & Consistently Play Well
Bosh has heard all the nicknames—the “Big Two and a Half Men” and “the RuPaul of big men,” just to name a couple.

Since joining the Heat last summer, Bosh has been criticized more than any member of the “Big Three.” Despite averaging the same minutes per game as last season, Bosh’s stats were down in almost every major statistical category.

When LeBron and Wade receive a lot of attention from the Mavs’ defense, Bosh will either be left open or will be guarded one-on-one. If he can reverse the clock and contribute the way he did in Toronto, the Heat will be very tough to beat.

2. Heat Must Slow Dirk Nowitzki
LeBron probably has the best chance of slowing him down. He is quick enough to stay in front of Dirk and has the strength to not get pushed around. LeBron does surrender several inches to the big German, so he will probably force Dirk to be a jump shooter. But he cant have 40+ point games, the Heat must slow him down.

1. LeBron James Must Prove He’s The Best Player In The Series
LeBron hasn’t played in the Finals since he and his Cavaliers were swept by the Spurs in 2007. LeBron has waited four long years to get back to the big stage and now stands only four victories away from winning his first NBA title.