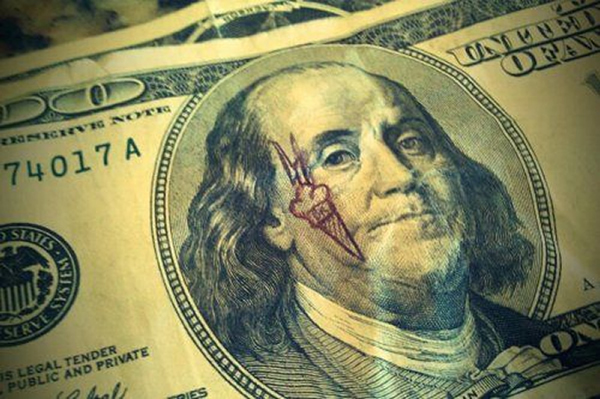 Most of the time I’m not really into counting another man’s money. But since most rappers like talking about how much paper they got, why not? Plus, it seems that Forbes Magazine cares as they once again release their annual Cash Kings 2011: Hip-Hop’s Top 20 Earners.

While earnings are calculated for the period from May 2010 to May 2011, to be honest here, I’m kinda questioning the validity of this list. First off, the rappers that tie on the list seem a little convenient: Weezy & Baby ties as did Em, Dr. Dre, & Snoop. And did Kodak really give Pitbull over a million dollars?

I will admit to loving the fact that Rick Ross & 50 Cent reportedly made the same amount (I’m sure 50 is hot about that one).

Either way, here’s the list and reasons given for the rank (Not by me but by Forbes)

1. Shawn “Jay-Z” Carter, $37 million
Hip-hop’s reigning Cash King continues to reap the benefits of a 10-year $150 million Live Nation deal, as well as stakes in the New Jersey Nets, the 40/40 Club chain, ad firm Translation and others. This year marked the first time he out-earned wife Beyonce since their marriage in 2008

2. Sean “Diddy” Combs, $35 million
Music now accounts for less than 20% of earnings for the artist formerly known as Puff Daddy, thanks to big stakes in clothing lines Sean John and Enyce, record label Bad Boy and marketing firm Blue Flame. But it’s his Ciroc vodka deal that led FORBES to estimate his net worth at $475 million this winter.

4. Dwayne “Lil Wayne” Carter, $15 million (tie)
The lyricist reportedly wrote his first song at age 8 and signed a record deal with Cash Money a year later. Today he’s one of rap’s richest, despite serving eight months in jail last year. His latest release, I Am Not A Human Being, made him the first artist since Tupac Shakur to have a No. 1 album while incarcerated.

4. Bryan “Birdman” Williams, $15 million (tie)
The Cash Money chief continues to rake in cash from the label he cofounded, home to fellow Cash Kings Lil Wayne, Drake and Nicki Minaj. Excluded from previous lists because we deemed him more executive than rapper, Birdman was included this year because most of his peers now have a similar job description.

6. Marshall “Eminem” Mathers, $14 million (tie)
Eminem doesn’t tour as much as many rappers and his outside business interests are limited, but music alone was enough to blast him back into the upper reaches of the list this year. His album Recovery sold 5.7 million copies worldwide and earned 10 Gramm nominations. Normally non-commercial, he added to his coffers with Super Bowl spots for Lipton and Chrysler.

9. Aliuane “Akon” Thiam, $13 million
The Senegalese-American singer-songwriter-producer extraordinaire caked up on a string of international concerts from Australia to Zimbabwe, a lucrative World Cup spot with Pepsi, a host of business ventures and hit song “I Just Had Sex,” which has garnered over 115 million YouTube views since its December debut.

10. Christopher “Ludacris” Bridges, $12 million
The self-proclaimed Mouth of the South makes money from much more than just music. This year, he earned big on movie roles including Fast Five, No Strings Attached and New Year’s Eve, as well as endorsements with Tag body spray and Trojan condoms. He also struck partnership deals to launch Soul By Ludacris headphones and a cognac called Conjure.

11. Cameron “Wiz Khalifa” Thomaz, $11 million (tie)
Riding high off hit single “Black And Yellow,” Pittsburgh’s most famous rapper has been touring nonstop, playing well over 100 shows in the past 12 months. Adding to his coffers: a robust merchandise business centered on his identity as a marijuana enthusiast.

11. Aubrey “Drake” Graham, $11 million (tie)
His debut Thank Me Later debuted last fall and quickly went platinum; another record is in the works. Touring and endorsements generate plenty of cash in the meantime: he shills for Kodak and Coca-Cola’s Sprite, and even has a Drake-emblazoned Virgin America airplane already in the sky.

13. Pharrell Williams, $10 million
The Virginia-born super-producer continues to earn industry-leading production fees even while touring and releasing albums with his funk-rock group N.E.R.D. Not included in this year’s tally: proceeds from the recent licensing deal struck between his Billionaire Boys Club clothing line and Jay-Z’s Rocawear.

14. Timothy “Timbaland” Mosley, $7 million
The superstar beat-maker had something of a quiet period in between album cycles, leading to a steep earnings drop from last year. But he still makes a killing by peddling his production talents and should earn more in the coming year–his third solo album, Shock Value III, is scheduled for release later this fall.

15. Kasseem “Swizz Beatz” Dean, $6.5 million (tie)
It’s been more than a decade since Swizz burst onto the scene by producing DMX’s “Ruff Ryders’ Anthem” at age 16; since then, he’s added hundreds of credits to his catalog, most recently on Jay-Z and Kanye West’s Watch The Throne. He tied the knot with singer Alicia Keys last summer and recently announced a lucrative partnership with Reebok.

15. Onika “Nicki Minaj” Maraj, $6.5 million (tie)
Born in Trinidad and Tobago, Nicki Minaj grew up in Queens and is now the first female rapper to grace our Hip-Hop Cash Kings list. Her debut Pink Friday went platinum shortly after its launch this fall, and she’s not shy about her earnings: on Kanye West’s “Monster,” she boasts that she gets $50,000 for her guest verses.

17. William “Rick Ross” Roberts, $6 million (tie)
The rotund rhymester makes his third-straight Cash Kings appearance on the strength of solid album sales and touring. His latest, Teflon Don, was certified gold; he’s been supporting it by hitting the road with Lil Wayne and performing lucrative gigs on his own.

17. Curtis “50 Cent” Jackson, $6 million (tie)
Though he holds the record for the highest single-year earnings of any Cash King—$150 million in 2008, fueled by a nine-figure Vitamin Water windfall—50’s fortunes have fallen of late. But he still earns from his G-Unit empire, as well as acting roles, concerts and recorded music, most notably a verse on Michael Jackson’s posthumous album.

17. Armando “Pitbull” Perez, $6 million (tie)
Better known by his stage name, Armando Christian Perez is one of the most prolific artists on our list, releasing two albums and performing 50-plus shows over the past 12 months. But it’s his endorsement deals that really set him apart; he earned seven figures for a deal with Kodak this year.

20. Faheem “T-Pain” Najm, $5 million (tie)
AutoTune may be dead, but T-Pain’s earnings are alive and well. The “I’m On A Boat” crooner has racked up over 60 guest appearances since the beginning of 2010. He also beefs up his bank account with concerts and side ventures like the I Am T-Pain iPhone app.

20. Bobby “B.o.B” Simmons, Jr., $5 million (tie)
The 22-year-old rapper-singer-songwriter burst onto the scene in 2010 with the smash hit “Nothin’ on You,” featuring Bruno Mars. The duo performed the song at the Grammys, helping to fuel sales of B.o.B’s first album, The Adventures of Bobby Ray. Touring, guest appearances and a viral Adidas commercial boosted him to his Cash Kings debut.