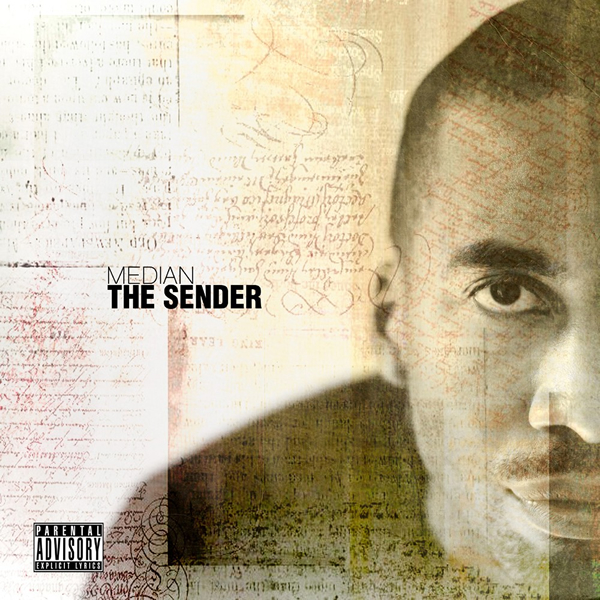 One of the things I appreciated so much about the pairing of Little Brother with 9th Wonder was the R&B influenced and produced beats. It almost feels like since they split, you get a lot less of that sort of sound from anyone else. So when I started seeing Phonte promoting Median‘s latest project and it being produced by 9th Wonder, I was excited. Now, I do think that 9th has dropped some rather uninspiring tracks here and there lately, but when paired with anyone from the Justus League, he’s golden. Median is one of the members that continually has me saying “yo, who was that” after he drops a verse. Dude has an effortless delivery that makes you take note even while sitting back and enjoying the lyrics.

This latest album, as I stated, pairs the two back up in a nostalgic feel of what is right with Justice League music. There’s plenty of feel good moments on this album. From the moment the album starts, you get a Justus League reunion with Phonte hopping on the first track. “Take A Chance” comes across as a intro to the rest of the album, even at 3 minutes long. “Turn Ya On” was the song I put on repeat. From the unorthodox chords in the background and ever-changing track to the seamless verse to verse transition between Median, Phonte, & Big Remo, this one is an instant favorite. I’m sure you’ll hear this on a FROCAST mix. Another well produced track is “Okie Dokers” which borrows a popular bassline to give you a very “green” atmosphere to enjoy this one. Now, I must admit, I have no idea what they are talking about on this song. I think Median and Khrysis are just about having a good time on the mic this time around…but if you hear it and figure it out, feel free to put me on. “Sizzlin” is a really dope summer song in the vein of the classic “Summertime” by DJ Jazzy Jeff and the Fresh Prince. It has that same carefree attitude and paints the same images as that does.

Hands down, my favorite song on the album is “Special”. Median recruits Phonte once again along with YahZarah for pretty predictable (Not that that’s a bad thing) choices. The thing that puts this track over the top is when I hear the familiar raspy smoothness of Bahamadia’s voice. She slides onto the track and spits the most enjoyable verse on the entire album. Is she coming back…are the rumors finally coming true? I don’t know, but it was damn good to hear her on this song.

Bottom Line:
After listening to a lot of insta-beats* lately, it was good to hear this kind of production again. Median won’t make your mind hurt from trying to decode lyrics, he also won’t have you swimming through bullshit rhymes like “I’m killing time – dead clocks”. I also think it’s that chill sound that keeps him under the radar to a lot of people. His flow is so laid back and easy listening that he resides  just south of mainstream popularity. You won’t catch him rapping about Maybachs, murder, or mountains of money routinely. What you get is an everyday dude that has the ability to transcribe his love for Hip-Hop onto wax in a way that we all can sit back and enjoy. If you’re looking for some feel good music, this one is definitely worth checking out. He may not blow you away with any one song, but it’s still enjoyable good music. Be sure to pick this one up from the +FE store!

*Sidenote #1: insta-beats is what I call tracks that sound like they came pre-programmed on the machine, complete with canned drums and odd sounding synth sounds.
Sidenote #2: This album is above a 3star but lower than a 3.5…and when that happens, we round down.