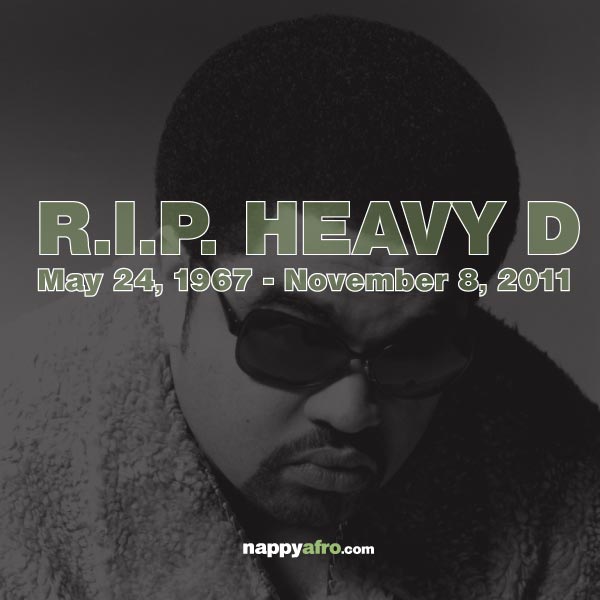 Various sources have reported and confirmed, Heavy D has passed. Very few details are available, but early indication is that it may have a link to Pneumonia. Here’s a link to one of the sources.

Rap legend Heavy D — one of the most influential rappers of the ’90s — died earlier today … TMZ has learned.

Heavy D — real name Dwight Arrington Myers — was rushed to an L.A. hospital around noon today … and was pronounced dead at the hospital at 1 PM. He was 44 years old.

We’ve learned a 911 call was placed from Heavy’s Beverly Hills home around 11:25 AM to report an unconscious male on the walkway .

When help arrived, we’re told Heavy D was conscious and speaking — and was transported to a nearby hospital.

He died a short time later.

Cops are investigating the death — and so far, there are no obvious signs of foul play. Police are currently at the home.

Man, Heavy was an all time fave to me, not just in music, but in life. He was  a great personality and I’m really taking this hard…as if I actually knew him. He was most recently seen on BET performing no less, as well as on Twitter saying RIP to Joe Fraizer. Heavy also just dropped an album, Love Opus, in the last month. I’d like to speak on behalf of the nappyafro family and fro’nation in saying RIP to a true legend and Icon in Hip-Hop. May you rest in peace bruh, at the young age of 44.