Your Favorite Rapper You Never Heard Of: Phil Ade 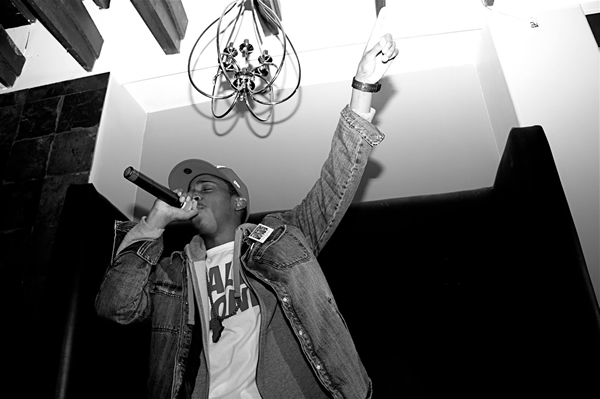 As is everything else in life, the vitality of Hip-Hop is a cycle. When dark times roll in and it seems to be at its end, it starts right back up, good as ever if not better. Currently, we are in the middle of a New Age Renaissance with rappers dropping out of the sky like a Flo-Rida video. The problem is keeping up with the madness and differentiating who’s dope and who’s a joke. So I’m here to save you the headache of sifting through wack mixtapes and wasting perfectly fine gigabytes by pointing out Your Favorite Rapper You’ve Never Heard Of….

Phil Ade
Let’s take a trip to the DMV. Before Wale arguably brought attention back to the DC area, I probably couldn’t have named 3 new artists from there that was nice. Fast-forward a few years and rappers from the DMV go-go dancing their ass right into many people’s Top 10 lists. Of everyone that emerged from the commotion, Phil Ade is by far the nicest. The 368 Music Group frontman has been picking up steam around the interwebs, but I’m sure plenty of you are scratching your head asking who he is. Well I’m here to introduce you to Your Favorite Rapper You Never Heard Of…

Why He’s Your New Favorite Rapper

He Can Tell Stories With Ease
A talent that doesn’t seem to prevail much in most rappers rhyme books, Phil Ade doesn’t look handicapped at all. The first time I heard of dude was when he dropped the visuals to “Always There”, a track from his first mixtape Starting On JV. He tells us about his encounters with girls he thinks could be the one and how they all end in failure and I’ve been listening since. Another intriguing storyline of his is how he feels he changed since he left home to pursue his career. Check out “ADW Intro” & “Coming Home” to get a quick dose.

Sunny Norway, Mark Henry, & The Official Just Keep Lacing This Guy
I never heard of any of these producers until I started listening to Ade and I found myself googling their names trying to figure out how the hell their production is so good and why rappers aren’t blowing up their phones for a track. Phil’s got a stable of beats from these three and he is one lucky dude. Watch these three in the future.

I honestly can’t believe this guy hasn’t taken off more looking at his catalog. He’s easily one of the more versatile rappers on the scene right now, effortlessly switching from lyric-heavy freestyles and vent sessions to smooth crossover tracks. He reps his team Royal Fam so don’t be surprised if he goes crown-snatching. Hit up YouTube and give a couple of these songs a spin and meet Your New Favorite Rapper You Never Heard Of, Phil Ade.