Out With The New And In With The Old 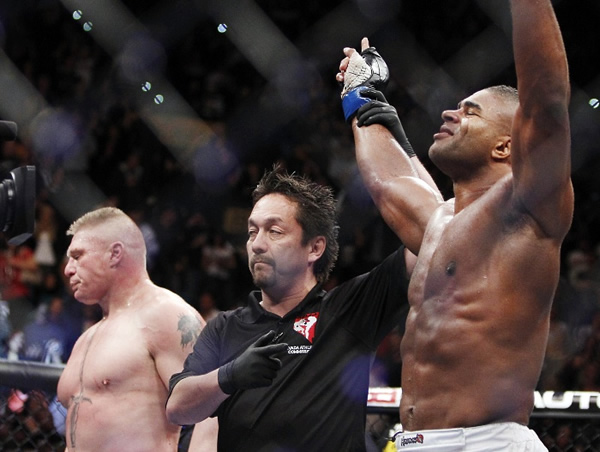 In a few months two of the most skilled strikers in the heavyweight division will face each other in the octagon. Junior Dos Santos will defend his title against the Dutch kick-boxer, Alistair Overeem.

Junior won his title in November of 2011 on the UFC’s first event on FOX. It was the first UFC event on network television and Junior showed the world how quickly a competition can end if the right punch is landed. Within the first minute of the fight, Junior landed a huge right hook to Cain’s left temple that left him stunned on the ground until Junior lunged in for the finish. That fight was ripe with anticipation of elite striking and a good chance that Cain would take it to the ground if he needed to. Junior made sure that neither took place.

A very similar outlook is anticipated for Junior’s next bout. An exhibit of high level striking should take place this time since he will be facing the K-1 World Grand Prix 2010 Champion, Alistair Overeem. This will be the ultimate challenge between the youth and the veteran. Alistair is one of the most experienced athletes in the UFC. Throughout his career he’s won multiple championships from across the world and now he will attempt to win the greatest of them all.

In Alistair’s first fight in the UFC, he overwhelmed Brock Lesnar on the feet and took him out with a leg kick to the abdomen. The pain was visible in Lesnar’s face as he crumbled to the ground. Although Brock’s striking looked better than it has in a few years, Alistair outclassed him. Overeem’s striking was very natural. His knees seemed to land effortlessly in Brock’s gut. I believe this is key for Alistair in his future bouts. If he gets close enough he most definitely can hurt Junior with his knees. 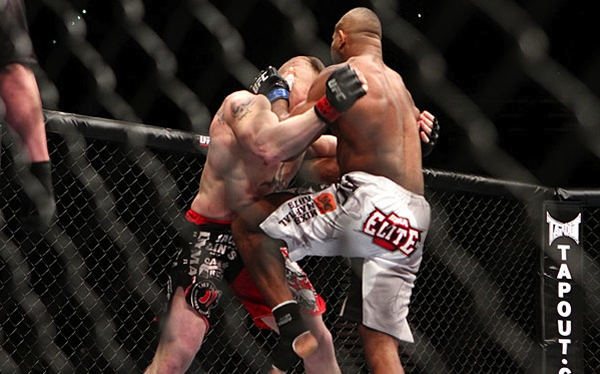 I think Overeem’s most advantageous position against Dos Santos is in the clinch with Junior against the fence. Alistair can cause major damage in close quarters but he has to be wary of Junior’s counter when exiting the clinch. Junior has the tendency to throw huge hooking shots that usually finalize the match. Pressing Dos Santos against the fence will negate these deadly attacks and will provide Alistair opportunities for strong knees and powerful uppercuts. Although Alistair may be the most skilled ‘stand up’ specialist in the heavyweight division, it would be foolish for him to box with Junior. I think Junior’s speed and reflexive athleticism gives him the ability to knock out almost anyone with one of his deadly counters.

Another area where Overeem may have an advantage is on the ground. Junior is trained by the Nogueira brothers in Jiu-Jitsu but has yet to display his abilities in the octagon. Despite the fact that Alistair is known for his striking and is a kick-boxing champion, the majority of his wins are by submission. Junior might not be able to compete with the strength of Alistair on the ground which is why I think he’ll try to strike with him.

This will be a close one but I’d put my money on Alistair. He has fought 48 times as a mixed martial artist and 14 times as a kick-boxer. His experience greatly exceeds Junior’s 15 fights. Overeem has faced many opponents similar to Junior. The same cannot be said about Cigano. This is a great match up for the UFC that precedes a bright future for the heavyweight division.