Estelle – All Of Me [Review] 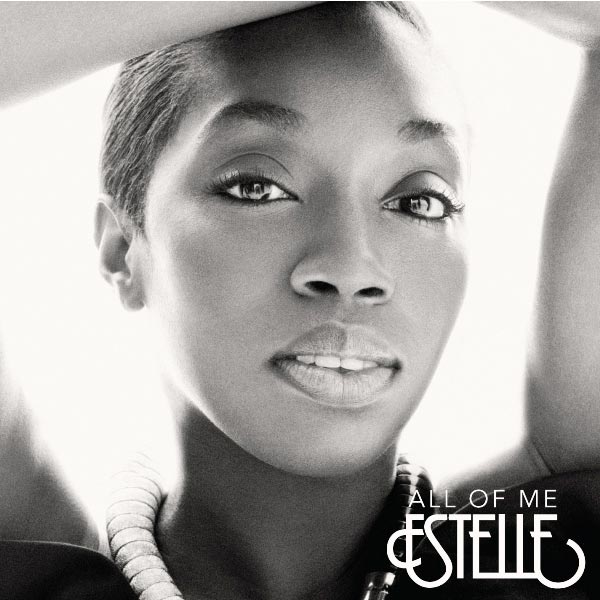 Estelle is back on the scene after her typical 4 year break with some new music. She’s coming off the heels of a Gold album powered by the hit “American Boy” and help from some names such as WIll.i.am, John Legend, Cee-Lo and of course Kanye. Even since 2008 the music scene has changed quite drastically and after the lackluster numbers by two previous singles, it’s still a bit curious to see what we’ll get this time around. I’m sure that the talented Estelle has a few tricks up her sleeve so I’m excited to unwrap All Of Me.

1. The Life
The album kicks off at a very energetic and sonic pace. Continuing in musics club friendly electronic ways, Estelle takes this beat and moment to do a bit more of the rapping that most folks witnessed at the BET Hip Hop Awards. In my opinion, she’s always had that sort of rap/sing thing going on but this does have a bit of a new feel to it. The song is painted as a uniting theme from city to city to get up and enjoy life, do whatever you like, and live life to the fullest. This is a good way to kick off the album and the track is pretty nod-worthy.

2. International (Serious)
Featuring Chris Brown And Trey Songz
The previous two attempted singles, “Fall in Love” and “Freak”, underperformed and were left off the album. So I’m confused as to why this one wasn’t selected as the next single as it not only has the star power, it’s one of the best songs on the album. Where “The Life” was about uniting folks across the globe, this one is more of a braggadocios look at worldwide fame. The additional touches that Breezy and Trigga ad to this song complete the attitude and make this a serious banger. I’m honestly lost as to why this wasn’t chosen as the lead single and NOT picking this may end up costing her sales in the end.

“Everybody know me up in here / I run around n round’ the world it’s serious / the talking I hear ringing in my ear / I’m gettin’ dollars gettin’ pounds mi swear it’s serious.”

4. Love The Way We Used To
“You And I (skit/conversation)” is a conversational lead in framed around space and the work it takes to maintain a successful relationship. The song picks up on that theme and starts off as a conversational melody itself. This is a very inviting song both musically and lyrically. There is an extremely laid back approach to the writing on this one. Musically, the harmonies on the hook put you in the mind of Mary Mary and the track moves along with a bit of a pop vibe it powered by some keys and fun guitar work. I really enjoy the chill vibe from this song.

5. Cold Crush
I can’t help but smile when this song comes on. It’s definitely a 80’s inspired track with many of the electronic sounds you’d hear back then, including a sonic scale being introduced and some hyper-warp backing (best way I can describe it). The song pretty much lays it out for you about what this song is about, but the fun is in listening. I’d put money on it that it’s not what anyone would expect to hear. I think that also may hurt the song a bit here though as well. I wonder if it was one of the replacement songs because it does feel much different than anything else up to this point anyway.

7. Break My Heart
Featuring Rick Ross
“Don’t Break” is the second skit used to set up the foundation for this song. Where they talk about what “breaks” relationships at times, this song smoothly comes in talking about we just want to make it work and the fears that surround us as we try. From trust issues rooted in infidelity to the requirement to support someone as they go through tough times. We’ve all heard this by now though it only peaked at 33 on the charts. I think it’s a pretty good song, but when framed by the more uptempo music out there, not even a Ross feature could help this one move up the charts. 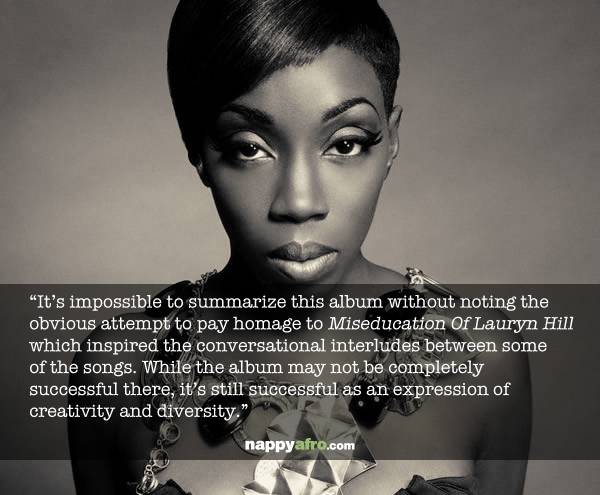 8. Thank You
“International (Serious)” was the energetic hit of the album, but this song is one of the best songs Estelle’s ever performed. There is an undeniable Mary J Blige spirit here that honestly makes you double and triple check what you’re listening to. The soulful lyrics, vintage soul melody, and late breaking drums really move this song unlike anything else I’ve heard from Estelle since maybe her debut album. Akon produced this emotional, lost love ballad and I have to give him his props for this.

10. Wonderful Life
“Who We Are (skit/conversation)” tries to set the table for this one with discussion about relationships and compassion beyond just romantic encounters. “Wonderful Life”  is more about taking care of yourself and not letting the stress of unhappy moments beat you up. Musically this puts me in the mind of the classic “Sunday Morning” by Maroon 5 or something similar. There is a definite whimsical airy feel about this song that goes well with theme of the song.

12. Back To Love
“Found My Way (skit/conversation)” features the ladies concluding “love put me back in love again.” As the song starts with uptempo drums and adrenaline dripped violin work I dare you not to do the Carlton dance. Estelle sings a really upbeat song that helps illustrate that feeling of falling in love with someone. The celebratory feel and seductive drums prompt you to clap along and sing the “oh oh” chorus near the end. This was released as a UK single and as noticed by BBC Music it does seem to borrow the main melody from Coldplay.

14. Speak Ya Mind
I don’t know how “Blue Skies (skit)” ties into this song at all. However, this song does mention Miseducation, the album that this album is trying to pay respects to (I’ll talk more about that in the bottom line). We get another uptempo jam but this one mimics Adina Howard’s “Freak Like Me” melody and essentially comes off pretty flat lyrically. The message seems to get lost here and I don’t know if it’s because of the music or because of way it’s written but maybe like the track was just too good to pass up. The last minute of the song tries to features a monologue that tries to bring it back to the song title but based on how the album has been set up, I think it may have helped if it was either at the beginning like the others or even in the middle. At the end, it just feels like an afterthought.

15. Do My Thang
Featuring Janelle Monáe
Inexplicably, we end the album on a very Janelle Monáe song. It’s ironic that the song is structured around the idea that I’m doing me, but it’s totally a Janelle style of song on an album full of styles typical of other artists. I can’t front on the song at all, it rolls and I’m shocked to see that it’s penned by Ne-yo. Simply stated, if you liked “Tightrope” by Janelle Monáe you’ll like this one.

Bottom Line:
It’s impossible to summarize this album without noting the obvious attempt to pay homage to Miseducation of Lauryn Hill which inspired the conversational interludes between some of the songs. While the album may not be completely successful there, it’s still successful as an expression of creativity and diversity. I fear that while searching for the big single to launch this album (evident by the exclusion of two previous singles and “Break My Heart” peaking at 33) they slept on “International (Serious)” and that may end up costing sales, at least initially until that song is promoted. I don’t know that the album has more than one moment that makes you really remember it, but since when has putting out a solid album been a bad thing?  All of Me is a really good album that showcases Estelle’s diversity and outlook on life right now and is definitely worth a listen.