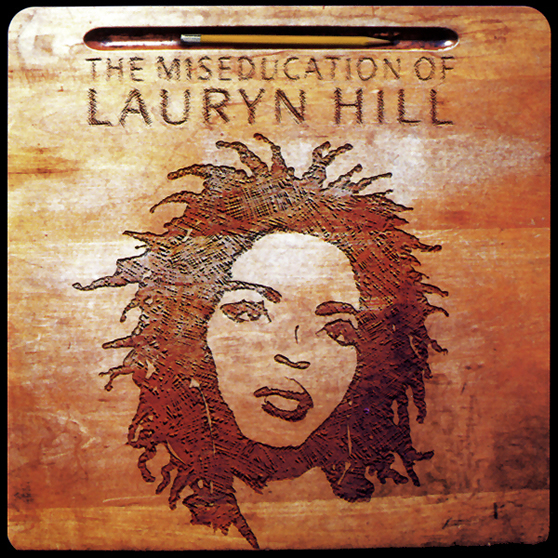 I was in college in Atlanta when the semester of Ms. Hill began. You could not turn on the radio, walk outside or go anywhere without hearing something from this album. It owned the airwaves. I worked in a record store and the shifts would each pick 5 CD’s to play as the music in the store, this album allowed for only 4 other picks; It never left the shelf of choices. The album was almost impossible to keep on the shelves as well as folks were buying COPIES of this album in one shopping trip which resulted in Diamond status selling more than 18 million copies. There was no denying that this album was a masterpiece of music and art.

Simply put, this is the arguably the zenith for female Hip Hop albums to date. The concept of “education” was gracefully carried from artwork to interlude to song as Lauryn sang and rapped us the lessons she’d learned about love and life. The teaching didn’t stop from the first song to the last as this album is a major landmark in music history. Entertainment Weekly named this album the second greatest album in the past 25 years and any major publication that has done a Greatest Album of All Time list has this album ranked. Not to mention the 10 Grammy nominations and 5 Grammy’s nabbed. Professor Hill is arguably one of the most talented females to successfully showcase her skills as a singer and an emcee. In a time when females were getting more and more naked and raunchy, this album helped restore class and sophistication to ladies and renewed hope in our young girls. The entire world was in attendance when Mrs. Hill had class in session, and this album left us all hopeful for a second semester.