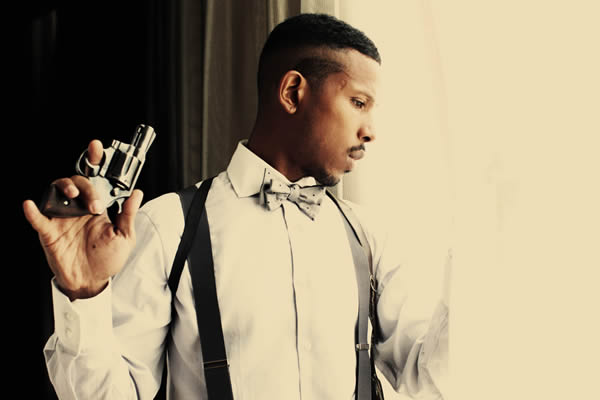 When you saw Shyne’s name pop up on nappyafro I bet your first thought was this guy won the DMF of the Week Award (Well there’s still time) but no, for the time being Shyne gets the Song of the Week honor.

Back before Shyne got 10 years for shooting at the ceiling he was considered the resurrection of Puff Daddy’s Bad Boy Records for the 21st Century. There was a lot of promise for this artist but of course things didn’t work out exactly great for him.

When Shyne appeared on the cover of XXL during his interview he kept a very tight lip on went down on that infamous night with Puffy & J-Lo. Some considered it stupid that he didn’t tell the media or the courts his side of the story and others thought he was just keeping it real.

Which brings me to the actual song. “That’s Gangsta” was released in late 2000 and was the second single to Shyne’s self-titled album. The track sample Foster Sylver’s “Misdemeanor” which was later sampled by West Coast vet The D.O.C.

Shyne spits one line that’s fairly simple but is so great.

I never had hope until I sold dope.

It’s not the most inspiring line but it just says so much with so little. The video is plays as a tour through Shyne’s day living in the projects. There’s the routine drug deal, a whole bunch of hood dudes standing around, a glimpse at Shyne’s bullet scars and even a cameo from D.O.C.

So check out the song, tell me what you think. Let me know if there’s a song or artist who you think should be featured in next week’s pick.

Sidenote #1: Do you think since Game has claimed Shyne’s West Coast pass has been revoked that he can’t perform this song anymore? Just saying.