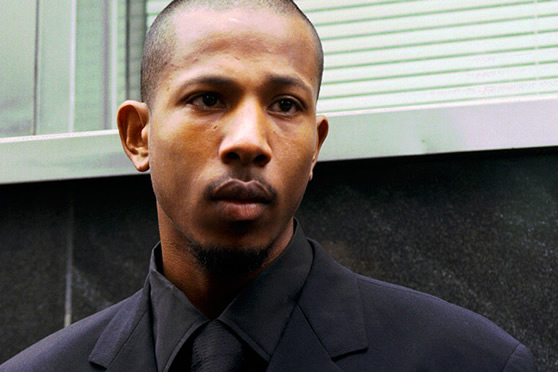 It’s funny how quickly things can change in the span of just a decade. Remember how in the late 90’s Shyne was hailed as the second coming of Biggie and arguably one of the best in the game? Well, one ten-year prison sentence later, and I’d say that even Gucci is better than Shyne. Yes, you heard me right.

Before I start, I just wanna explain why I’m writing this. I saw an open letter to Shyne on a blog from another website, lamenting Shyne’s recent…uh, lack of skill. I decided to do some investigating and, after hearing the results, I had to share this with nappyafro. Some of you may laugh, some of you may even cry after I present this horrible truth to you. Let’s begin.

The Good: Like I said, Shyne was hailed as the second coming of Biggie. Listen to any of his tracks; his flow, his voice all are reminiscent of the late Notorious. But one of the things that made Shyne different was that he was able to stand on his own despite all of that. Sure he sounded like B.I.G., but that wasn’t why people listened to Shyne; he brought fire to the game on his songs. I chose the songs “That’s Gangsta” and “Bad Boyz” to represent Shyne’s skill because both songs are hot as hell and still hold up to this day.

The Bad: Shyne’s return to rap was widely publicized by the Hip-Hop community, and I myself was pretty interested to see what he’d come with. But I’m pretty disappointed with what I’ve heard so far. First, his voice is horrible; it sounds like a combination of Gucci and Rick Ross. And speaking of Gucci, he’s switched up his flows as well; instead of the multisyllabic flow that he was known for, his flow is boring and straightforward, unlike in 2000, when he was unpredictable. The two songs I’ve provided are both almost too painful to listen to; the first was supposed to be off DJ Khaled’s Victory, and I don’t think Jerm would have given the album that high a score if this song was on there. The second is a remix of Rihanna’s hit single “Rude Boy”, which is awful, to say the least. Listen at your own risk.

Now, don’t get me wrong; I want Shyne to succeed: 10 years in the pen without snitching, and a million-dollar deal from Def Jam? He definitely deserves this. But the songs he’s coming out with have been weak as hell! I don’t even want to mention that freestyle he did over “Over”. Even Lloyd Banks called him out! It’s a little early, but if Shyne keeps it up the way he’s been going recently, this maybe be one of Hip-Hop’s biggest disappointments.

What do you think?