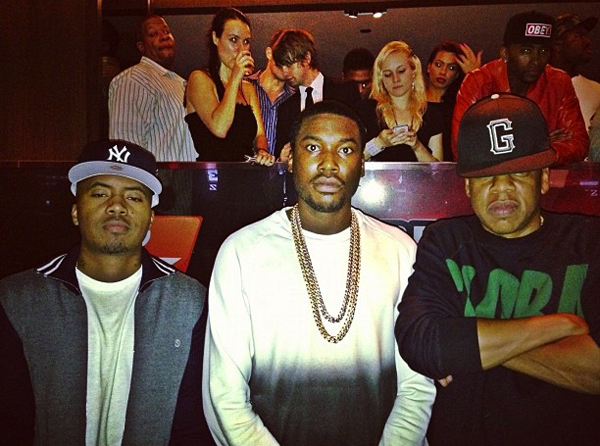 For as long as nappyafro has been around, whenever Jay-Z drops a song, a verse, or whatever, I’ve posted it. So of course I’m posting Hov’s verse on the Meek Mill‘s “Lay Up”. Supposedly this was the original version but was cut from Dreams & Nightmares because Jay-Z didn’t like his verse. Coming from a guy who has been constantly accused of being a “Jay-Z stan” over the years, I see why. I know Meek Mill is on Roc Nation management and maybe this happened because Jay didn’t give that verse for the I’ma Boss” remix, but did he really have to jump on “Lay Up” in the first place? Why not “Amen” or even “Burn”? CDQ now.