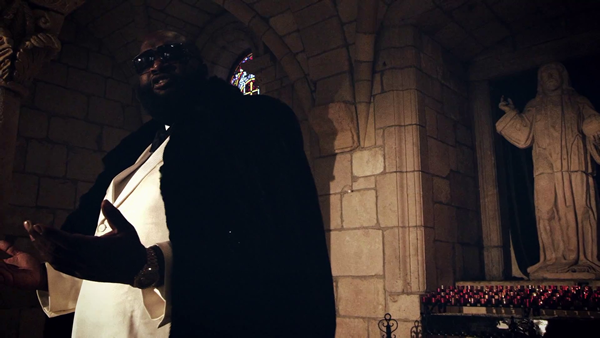 Rick Ross drops a lot of music videos. Some are the ones he does when he has an hour to spare while others you can tell he takes some time with. “Ten Jesus Pieces” featuring Stalley is in the latter category. Not only does Rozay bring out the white tuxedo and the obvious 10 Jesus pieces, but it’s also a story going on in theses visuals. Good job Ricky (The tux looks crazy at the end though). Directed by DRE Films.