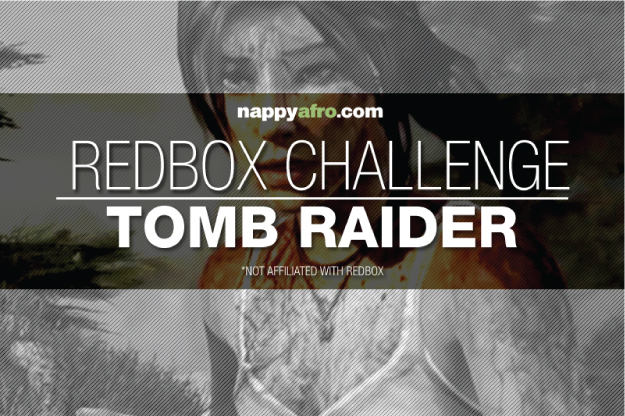 My name is Saule Wright, and I like playing games. I didn’t say gamer because I hear that you have to play more than like 5 games…and I literally play about 5 with 2 or 3 of them being sports/fighters. Something I find myself doing is challenging myself to rent a game from Redbox and beat it in 72hours or less…I complete most of them within 24-48hrs. Of course, that doesn’t mean 100% completion, it’s just finishing the main campaign without worrying about achievements. Now I don’t typically play adventure games like this, but I have played a few recently that has me reconsidering that stance. This week, I felt like challenging myself with Tomb Raider (Xbox 360). Before you read on, I should tell you that I won’t spoil the game for you and that I tried a version of Tomb Raider back on the regular Xbox and NEVER MADE IT OUT OF THE PIT AT THE BEGINNING…I’m dead ass serious. I was stuck there…so I just took it out and returned it to Blockbuster. So understand those of you that know the story, are familiar with the game, etc. I’m a noob to this series.