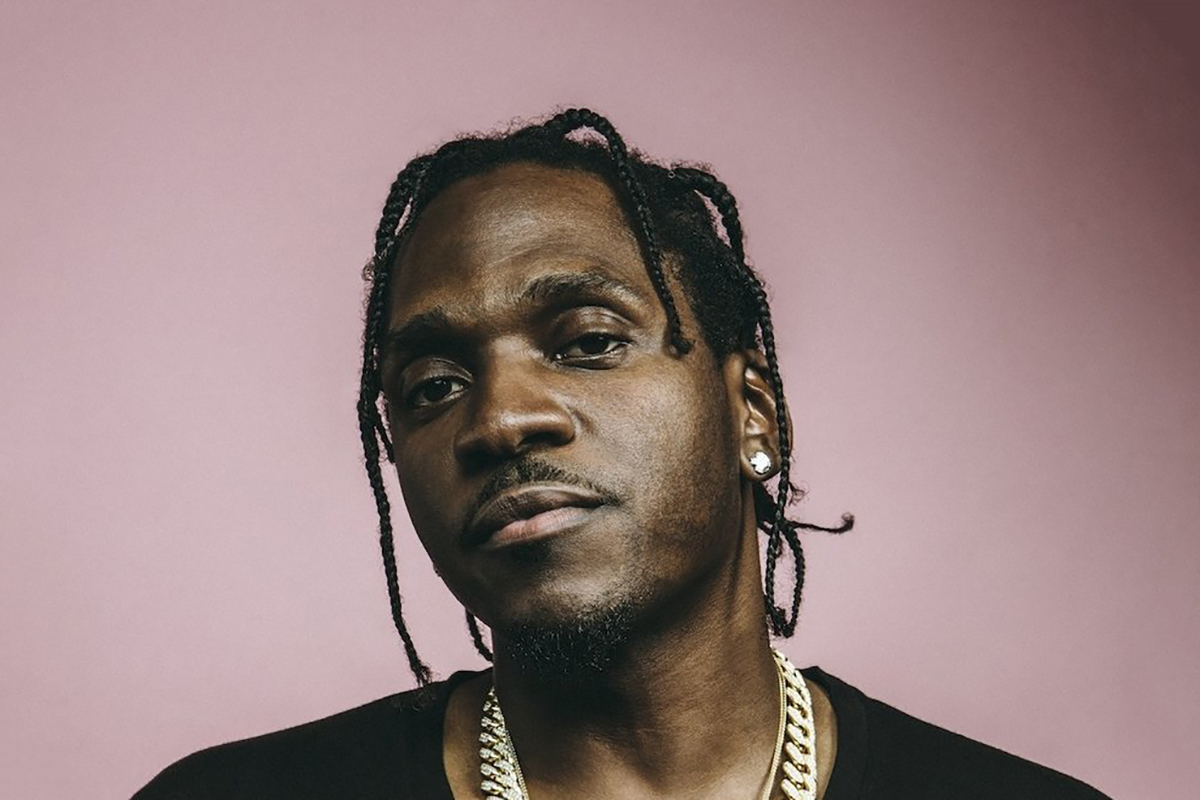 I planned to do this review of Pusha T‘s DAYTONA last week and now I wished I really had. Doing this review now is kinda weird seeing that Pusha T and Drake are in the midst of an epic rap battle as I’m typing this. But whatever. While it’s hard not to talk about the current events, I won’t be covering any music not on the album. Starting now.

During the career of Pusha T, he has mostly been seen as a rapper’s rapper while also being on the forefront of high class drug rap. Most people call it “luxury drug rap” to be more specific (Is “art coke rap” a thing?). Since leaving Clipse (a duo formed with his brother) to go solo in 2010, Pusha’s output has been more quality over quantity; at least in today’s Hip-Hop climate. While he has released multiple projects in the past eight years, there have been two to three years between said projects. And while Push holds the post of president for Kanye West’s G.O.O.D. Music, he finally found time to release his latest project, DAYTONA.

Other reasons to get excited for this project? It’s produced entirely by Kanye, (He’s an asshole but he’s still a musical genius) and the “album” is only seven tracks long (Something I wish more rappers would do. I’m just not trying to review 21-track albums these days). With that said, let’s check out Pusha T’s DAYTONA.

1. If You Know You Know
Produced by Kanye West
The first song on the album, “If You Know You Know” starts off the album in good fashion. Pusha’s whole first verse, which of course is about his drug dealing past, happens before the beat actually drops and when it does it’s accentuated which him saying “If you know, you know”. The chopped up sample of the Air’s “Twelve O’Clock Satanial” is well placed and the project starts on a success.

2. The Games We Play
Produced by Kanye West & Andrew Dawson
Speaking of good samples, “The Games We Play” also contains a great flip of Booker T. Averheart’s “Heart N’ Soul”. I’ll admit that the subject matter isn’t that different from the first track but Push also rests more on his influences from “To all of my young niggas, I am your Ghost and your Rae/This is my Purple Tape, save up for rainy days” to quoting some of Jigga’s lines from “Politics As Usual” (“Ain’t no stoppin’ this champagne from poppin’/The draws from droppin’, the laws from watchin'”). I’m all for soul samples too so this is another early win to me.

3. Hard Piano
Featuring Rick Ross; Produced by Kanye West, Andrew Dawson, & Mike Dean
Like the title says, King Push & Rick Ross rap over heavy piano production. There are some cutting lines on here from Push (“Never trust a bitch who finds love in a camera/She will fuck you, then turn around and fuck a janitor”), but I thought Rozay could have came harder, especially seeing how much praise Pusha T gave him during this album’s press run. Oh and I really dislike the hook; I could have went without that.

4. Come Back Baby
Produced by Kanye West & Andrew Dawson
This may be my favorite track off the entire project. From the simplistic yet bass focused production, the soulful sampled chorus that goes with the drug dealing theme, to the flow Pusha uses, to even the sample on the intro that mentions methadone and heroin addicts; the song is so well produced you got to tip your head to all involved.

5. Santeria
Produced by Kanye West & Mike Dean
The first part of this song samples “Bumpy’s Lament” which is most known for being used on Lil Kim’s song “Drugs” which I’m sure wasn’t a mistake. On the second half, the beat has a somber change and Pusha raps further about his friend and road manager, De’Von “Day Day” Pickett, who was killed in 2015 (“You listening, De’von?/As I’m talking to your spirit, for God’s sakes/I’m dealing with heartbreak”). On a short tracklist, “Santeria” is a standout and gives the project a cinematic feel.

6. What Would Meek Do?
Featuring & Produced by Kanye West
Kanye West fills the second and last feature slot on DAYTONA with “What Would Meek Do?”. Pusha and Yeezy each get a verse with the former probably turning in one of my favorite lines of the year (“What would Meek do?’/Pop a wheelie, tell the judge to Akinyele”). Yeezy is still trolling and he pump fakes a repeat of his performance on “Lift Yourself” before turning in a serviceable verse (“It won’t feel right ’til I feel like Phil Knight/Goin’ for six rings like what Phil told Mike”). The production is strip down and makes the rhymes the focus here. In that sense, the song works very well.

7. Infrared
Produced by Kanye West
After years of quiet shots back and forth, “Infrared” is the song that truly kicked off the Pusha T versus Drake feud. But even without that context, it’s a biting diss at not only Drake but also at Lil Wayne and Birdman. He raps about Drizzy ghostwriting rumors while congratulating Kendrick Lamar & J. Cole, salutes Rick Ross for going at Baby, and pities Weezy for being at his financial situation. This all backed by a minimalist but well-produced instrumental. It’s may not be the best diss song but knowing what we know now, it definitely did it’s job. And that’s the end of Pusha T’s DAYTONA.

DAYTONA is easily Pusha T’s best body of work as a solo artist. He changed the album’s name from the anticipated King Push to DAYTONA after the line of Rolex watches and I can see why. From the soul samples to the minimalist production to the drug opulence of King Push’s rhymes (To even the $85,000 price of Whitney Houston’s drug-covered bathroom as the artwork), there is a luxury to it all. And that doesn’t get a chance to get old seeing that album is only 22 minutes. Pusha delivered the project his longtime fans have been waiting for while also increasing his profile. Eghck!