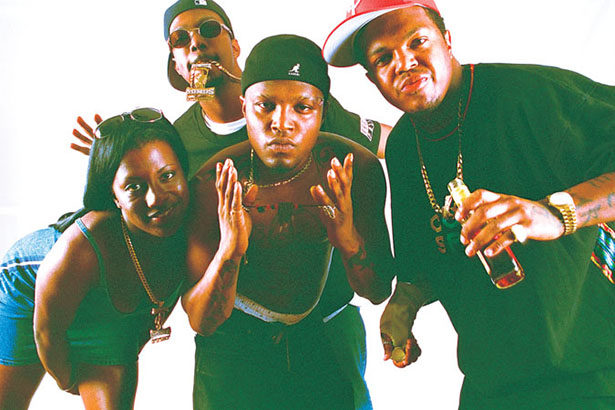 I decided to post one of my favorite Hip-Hop groups of all time: Three 6 Mafia. They was always known as the Wu-Tang of the South since they had so many members and affiliates (Prophet Posse which later on they changed it to Hypnotize Camp Posse)

Rapper Playa Fly aka Lil’ Fly use to be part of Triple 6 but by the time they were working on their 3rd album The End in 1996, Playa had just left the group (Right after 1995’s Mystic Stylez album). Skinny Pimp also had left the click around this time. Both dispute were over money.

Playa Fly made the diss song “Triple Bitch Mafia” and “Flizy Comin (Triple Bitch Mafia Pt. II)” which I thought was okay. But on the rebuttal, “Gotcha Shakin'”, Three 6 Mafia killed it especially Gangsta Boo with the first verse; She ripped that shit. Also when Juicy J, DJ Paul, and Boo is talking about him at the end was hilarious to me. I remember years ago me and King Jerm use to laugh about that line DJ Paul said “You milkshake nigga, I’m stirring you up hoe”. This is King Jerm shit too.

Sidenote: I miss this raw Three 6 Mafia. It ain’t the same anymore