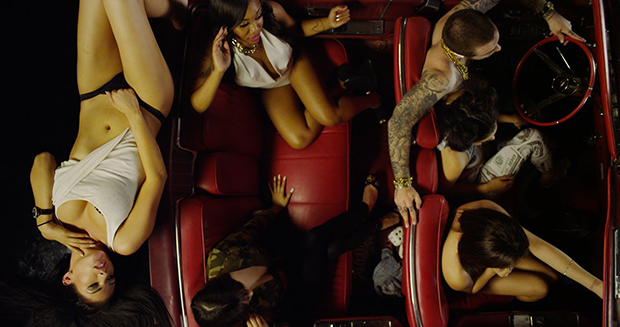 Even though he’s dropping an album the same day as Kanye West & J. Cole, it feels like Mac Miller is not sweating it (Really, he’s not). It feels like this in his new video “Watching Movies”. Not only is he rocking multiple gold chains and with women twerking in the video all around him, he’s also getting head with his shirt off while driving (There’s also some weird Illuminati shit here too). If that was me I wouldn’t sweat album sales either. Produced by Rex Arrow & Larry Fisherman. Watching Movies With The Sound Off drops June 18th.