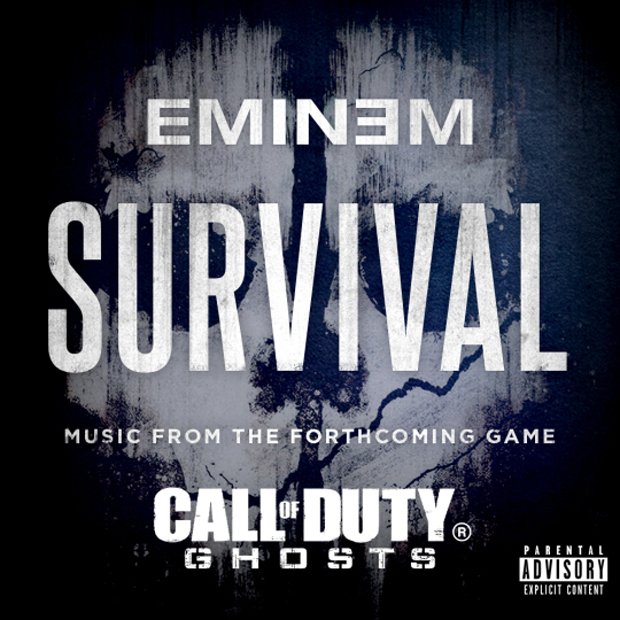 Eminem returns to the music scene today with a new song titled “Survival” that also doubles as the theme song for the new Call of Duty: Ghost video game (See the trailer below). It’s rock influenced, it has a woman singing on the hook (Liz Rodrigues?), and it fits being the the soundtrack to a video game about war (No seriously). This will also supposedly appear on Eminem’s upcoming album but I don’t think the song will have people tweeting “SLIM SHADY SEASON HAS BEGUN!”. But I may be wrong. I’m not