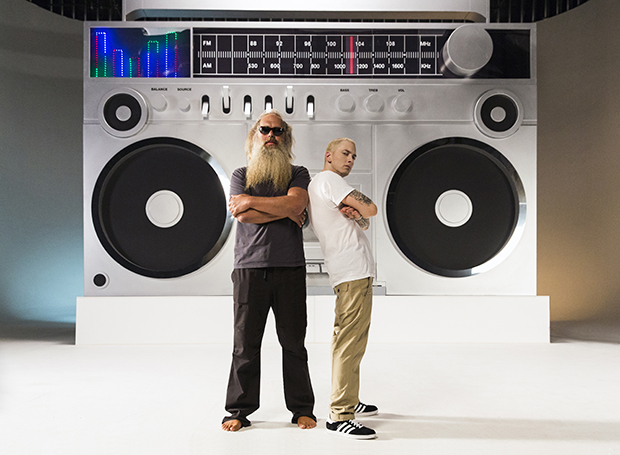 Eminem drops the music video for his new single “Berserk” and if Rick Rubin, a blonde haired Slim Shady, and a giant boombox didn’t tip you off, the visuals match the retro feel of the song.

I still don’t love the song but after watching the video, it occurred to me that this just may be the poppy first single that Eminem usually drops for an album (Even though I thought he stopped that shit with Recovery). If this is one of his poppy first singles, it’s one of the better ones that he’s dropped. Look out for cameos from Kendrick Lamar, Slaughterhouse, & Kid Rock. MMLP2 drops on November 5th.