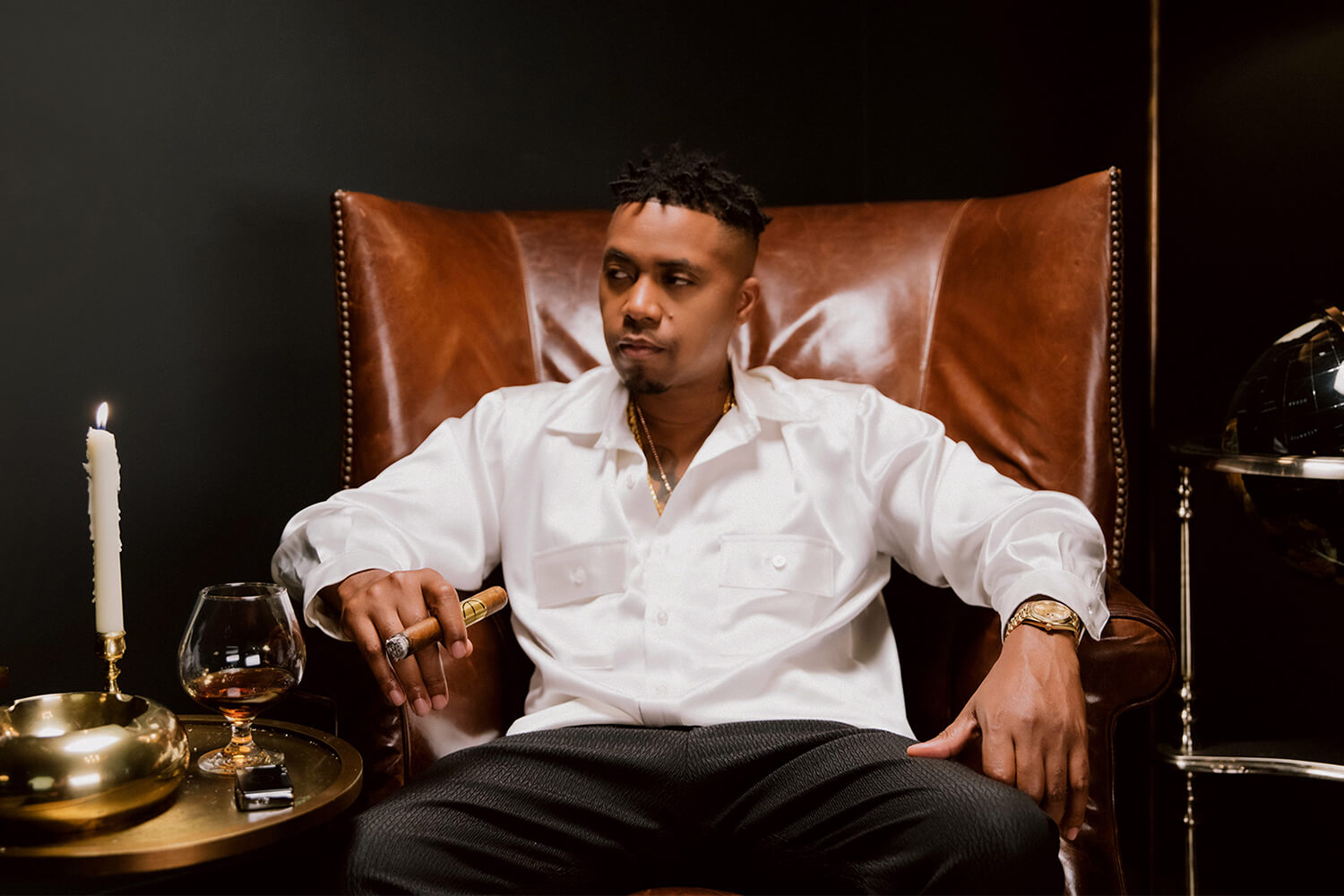 I remember saying this on an episode of my podcast, that I thought King’s Disease was boring. It is not because I thought Nas’s performance was bad, because it wasn’t. It’s not because I doubted Hit-Boy’s production because if you listen to 2020’s Burden of Proof from Benny The Butcher, you know Hit-Boy was more than capable of handling the boards. I don’t know, I think maybe because I was expecting more from the duo and it doesn’t help that at the time, I was one of those people who had always hoped that Nas would live up to the allure and grandeur of his 1994 debut, Illmatic. However, as we got older and the more albums he released, it got to a point where we had to realize that sometimes that magic (no pun intended) can’t be duplicated.

Then came last year’s King’s Disease II. My first initial listen and it had finally clicked. The chemistry was just there between the two with Hit-Boy blending the flair of Nas’s vintage sound with the more contemporary scope of today’s Hip Hop. Nas sounded revitalized, rejuvenated, and more than that, INSPIRED. Which is something we don’t get from our tenured emcees and while Jay-Z would rather be chasing dollars and Eminem is chasing ghosts of his past, Nas feels comfortable in his position as an O.G. of the game and giving the young’ns all the game.

Who would think that before we hit the new year that not only do we find out King’s Disease II was nominated for a Grammy, not only will we get the third installment in 2022 but Nas & Hit-Boy drop a teaser project as a Christmas gift? Nine tracks and 30 minutes? That’s my type of album. What have the two been cooking up while we’re still digesting their last effort? Let’s find out with Magic!

1. Speechless
Produced by Hit-Boy
This beat just engulfs you. Like you just imagine walking through Queens at night, headphones on and just trying to get home. Nas wastes no time, from proclaiming how he’s made it this far and telling the next generation instead of wasting time beefing with your brethren, why don’t yall link up and get this paper together. It’s grown man Hip-Hop personified. 1 for 1 right now.

2. Meet Joe Black
Produced by Hit-Boy
After those horns sound and the beat comes in, I’m locked in. It’s a braggadocio track and Nas is not fucking around with you wack rappers.

Niggas say anything in they raps ’cause it sound good
Don’t even mean what they say, horrible outlook
Y’all ain’t really ’bout this, house nigs
Y’all was in the house with it
We don’t respect fake jewelry and silly outfits

It’s only right that Soulja Boy is on the outro talking about Nas around the time “Hip Hop Is Dead” was released when I feel Soulja Boy has done everything in his power for the last fifteen years to kill Hip-Hop. My favorite song so far and we’re only two tracks in.

3. Ugly
Produced by Corbett & Hit-Boy
Over a soulful instrumental, Nas recounts the violence that takes place in various neighborhoods and how so many Black men would still be here had we been empowering each other instead of tearing each other down. Black empowerment has been a constant theme throughout the first and second King’s Disease as well as this album so far and I can appreciate Nas spitting game without being preachy or overbearing. To make matters interesting, comparing the ugliness of street violence to Shenehneh, Wanda, and Mr. Ugly Man…that should get a chuckle or two.

4. 40-16 Building
Produced by Hit-Boy
These beats so far man. I wish I had the words for them, but it is just nice to hear Nas rapping over production that doesn’t feel skeletal or as if they’re lacking certain elements like you know…soul. Nas talks about how the envy of men and how the hate can motivate to only get richer and more successful. I listen to the first couple of lines in the bridge and instantly think of Nipsey Hussle’s and most recently Young Dolph’s deaths.

It’s the ones you grew up with, that’s with the dumb shit
They want you slumped ’cause you get love, ain’t that some shit?

5. Hollywood Gangsta
Produced by Hit-Boy
Nas paying respect to the younger generation at the beginning and throughout the track on a beat that is made solely for the purpose of introspection. There’s nothing too special about this track here, but this is a song to just vibe out to. Hell, I’m getting inspired to write a verse right now. So far, this album has not missed at all.

6. Wu for the Children
Produced by Hit-Boy
It sounds like Hit-Boy was channeling RZA when he made this beat, but I ask myself, why do I feel like Nas dissed me in this song?

But it’s these lines here that are the standout bars in this song.

I shoulda had Grammy’s when Ol’ Dirty said “Wu for the children”
Shoulda did that remix verse on “Gimme the Loot” for Biggie
Me, Jay, and Frank White is like Cole, Drizzy, and Kenny”

Hearing the reason why that remix didn’t happen, resulted in the longest facepalm ever.

Long story less song, this is a song where Mr. Jones proclaims that you need to be a special type of person to be handle to handle his lifestyle and his music and especially for the women…don’t let Kelis hear that. Another one for the duo!

7. Wave Gods
Featuring A$AP Rocky & DJ Premier; Produced by Hit-Boy & DJ Premier
Preemo’s sound bleeds through this instrumental that even Nas claims he and Hit-Boy are the new Gang Starr. A$AP Rocky is the last emcee I would expect to hear on this track, but he understood the assignment enough to let his flow make up for what he lacks lyrically. Nas waxes poetic on Hip-Hop history while claiming he got his steez from Whodini and Kool G and being raised on Video Music Box. This song is New York all over and Hot97 is dumb as hell if this is not in rotation.

8. The Truth
Produced by Hit-Boy
Another track that is on par with everything else. Esco letting you know that some of y’all out here are not keeping it 100 at all. That’s like 98 percent of the rap game. While it’s nothing too special compared to everything else so far, as long as the beat is knocking and Nas is spitting like he gotta get shit off his chest, that’s all I need. I like pretty much every song on here. Are we about to be 9 for 9?

9. Dedicated
Produced by Hit-Boy
Ah man. This is what I needed to kick my year off right. The whole damn first verse is a bar for crying out loud:

When Carlito was dying
He see the shadow of his girl dancing with the baby
Like, “Fuck it, it’s my time”, but if God save me
Maybe I’ll erase any vice that could potentially bring harm to me
Before I make a move, I think about it karmically
Everything come back like a boomerang
I’m black as Paul Mooney slang
And all I pray for is health and a sustainable business
And a faithful missus
I see a lot of people try to be who they ain’t
We don’t want money that fit in the bag, we want the bank

It ain’t a bar because it’s the lyrical miracle type of time, but it’s a bar because it’s real life. As you grow older, the decisions you make can help or hinder your growth. It’s all about the simple things in life and to maintain in keeping those things, in order to go for greater fortunes. This verse spoke to me and just when I think I can rest easy, I can hear Bo Burnham going: “YA’LL DUMB MOTHERFUCKERS READY FOR A KEY CHANGE?!?!”

The beat switches and here come Esco with that affirmative action. The beat is smooth yet grimey and Nas just goes in on his rich nigga shit. It’s a great way to end the project with real shit, no tricks, straight out the kitchen.

If Magic is this great and they just threw it out as a teaser, what the hell are we going to get on King’s Disease III???

I don’t want to throw out high expectations like that, but god damn, Nas and Hit-Boy just raised the bar on themselves on Magic. Track after track has Hit-Boy accentuating everything he did on the first two efforts and having the instrumentals shine and glisten more, while Nas sounds more inspired than he has in the last 10 years. When I say, “Grown Man Hip-Hop” I don’t mean just mature music from an aging rapper, I am talking about listening to something that ACTS my age.

You kids can have Carti and Uzi. You kids can have Kodak and Youngboy. I love this because it speaks to me at where I am and where I want to go in my life. Our priorities change, our perspectives alter and as I mentioned before, the simple things in life are far more treasured than the material. Nas sounds like a man that has seen it all, done it all, and is ready to share the game with the young up-and-comers. Whether they heed and accept the gems is on them, but as I sit in front of this laptop writing this, I can tell you that I received nine tracks of jewels and they are going to stick with me throughout this entire year because this album is that F’N DOPE!

Nas and Hit-Boy may have surpassed Run the Jewels as THE rapper/producer duo in the game and you know that when they get together, as long as they keep their chemistry intact, every track and album is going to be fire. This is probably the first time I have given an album this score…but…