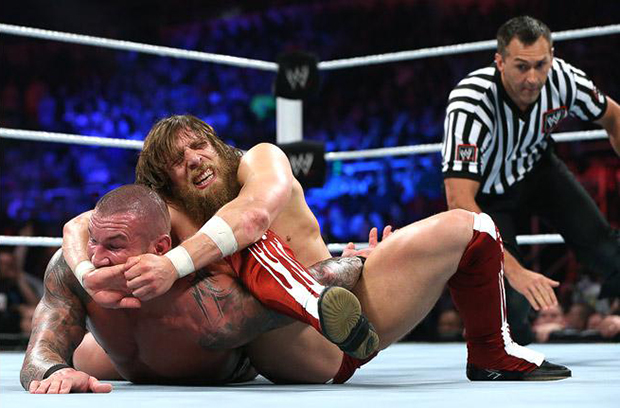 This Sunday’s WWE pay-per-view, Night of Champions, was kinda hard to watch for me. Not because it was a bad show; in all aspects, it was actually an okay show. Maybe it was just too much going on on Sunday. There was the NFL, Breaking Bad, Dexter, and maybe I was still tired from watching Mayweather vs. Canelo the night before.

But all that bullshit aside, the biggest thing to happen at Night of Champions was Daniel Bryan beating Randy Orton for the WWE Championship. I don’t think anybody really thought Bryan would actually win the title and if he did, maybe a unemployed Cody Rhodes or Goldust would help or something.

Then again, it’s good chance Daniel didn’t actually win. If you saw the match, you know that a referee got knocked out, replaced, and then came back to replace the replacement (Not to mention a fast count). So it’s almost 100% chance Triple H comes out on Raw tomorrow and either awards the title back to Orton or issue a rematch because the ruling tonight was invalid.