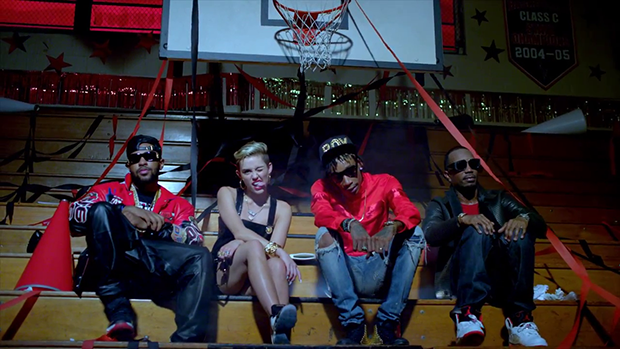 Let’s been real here, Mike Will Made-It has gotten a lotta mileage on this “23” song/music video. We’ve seen multiple behind-the-scenes features, teasers, & multiple artwork. But now he finally released the visuals featuring Miley Cyrus, Wiz Khalifa, & Juicy J. It has a high school theme going on but are we suppose to believe that anybody but Hannah Montana is in high school? I like it though. Directed by Hannah Lux Davis. Off Mike’s upcoming project Est. in 1989, Pt. 3.