Drake – Nothing Was The Same [Review] 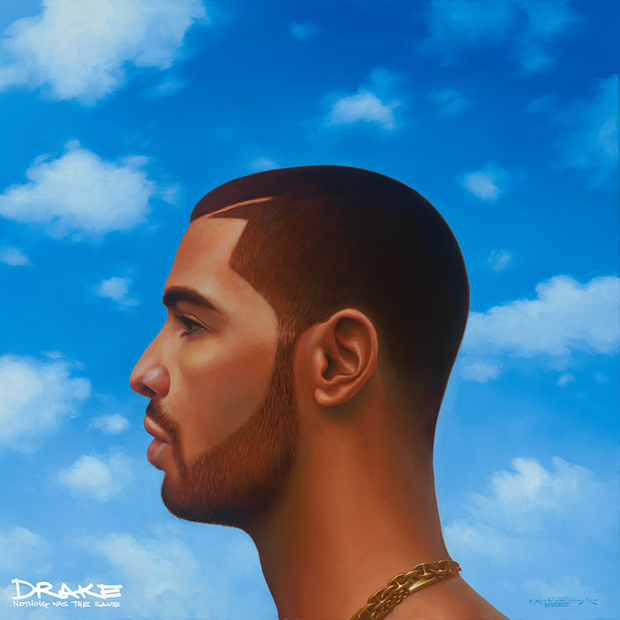 Drake is probably the most sought after man in Hip-Hop right now. He in many ways is following in the footsteps of Young Money’s General , Lil’ Wayne, by being the man to go to if you need a hot feature. In the last two years since Take Care dropped there have been an influx of talented emcees who want his spot. You have guys like Kendrick Lamar, who has called him out by name on “Control”, and Big Sean, who has called him out by name in interviews, because Drizzy is the nice kid. Well two years after his double platinum album, Take Care, Drake is back. Is this the album where Drake finally shows people he is this generation’s Jay-Z, or will this lead us to believe he is more of a punching bag, ala Ja Rule.

1. Tuscan Leather
Produced by Noah “40” Shebib, Boi-1da, & Nineteen85
The first track of the album typically sets the mood for the album. Drake is definitely on his arrogant zone right here with lines like “This ain’t for the radio, but they’ll still play it though, because this that new Drizzy Drake and that’s just how it goes” and “I’m tired of hearing who you checking for now, give it time we’ll see who around a decade from now”. The beat switches with each verse. This song holds so much content in it. Perfect way to start an album.

2. Furthest Thing
Produced by Noah “40” Shebib & Jake One
This is an early standout. Here Drake finds himself on his R&B game, but does it so perfectly you don’t mind it. Here is doing what we have become accustomed to with him. He is talking about juggling women and his career, but this doesn’t come off as whiney as some of his previous attempts in his career. At about the 2:50 mark the beat switches, and although the type of content stays the same he switches from the singing to the rapping seamless. He ends the song with “this is the shit I want to go out to”.

3. Started From The Bottom
Produced by Mike Zombie & Noah “40” Shebib
Songs like this makes me hate the game right now. Not that this is a bad song, but I think I heard this 4 months ago. It’s hard to actually appreciate a song in the flow of an album when you heard it that long ago. If you haven’t heard it yet, you may not like it on its first spin, but it will assuredly grow on you. This is a song at the party scene that will get everyone up singing the infectious hook “Started from the bottom, now we here”.

4. Wu-Tang Clan Forever
Produced by Noah “40” Shebib
This was released about three weeks ago. There were a lot of people upset about this song because of the title and what I suppose people think the content would be. This is Drake and of course he does a little singing over this nice smooth beat. He also drops one hell of a verse as well.

5. Own It
Produced By Detail & Noah “40” Shebib
If you aren’t paying attention, you may not notice that this is a separate song from “Wu-Tang Clan Forever”. This song shares a similar underlying theme, at least to start off the song. Drake is still on his R&B tip here, but still this is more aggressive than what we would get from Trey Songz or Omarion. After a brief R&B session he drops this amazing verse that starts with “Niggas talk more than bitches these days”. Personally I think these lines may be referencing his peers. Still this is another great song.

6. Worst Behavior
Produced by DJ Dahi
At first listen I thought this was the first trip up Drake had on this album. The more I listen to it, the more I get that this isn’t a song as much as it is a chant. Think Kendrick Lamar and his Spiteful Chant. This song is in the same vein. You’ll find yourself saying, “Muhfukas never loved us”. He is obviously inspired by Ma$e to end the song. This one has grown on me a lot.

7. From Time
Featuring Jhené Aiko; Produced by Chilly Gonzales & Noah “40” Shebib
We are about half way through the album and this is the first feature on the album. This is one of the more introspective songs on the album. We find Drizzy rapping over a piano based melody with Jhene Aiko singing the hook. Although there was a lot of confusion on what the title of this song was going to be, these two seem to work perfectly together. Drake speaks about everything from his issues with women to his father and trying to rebuild a relationship. 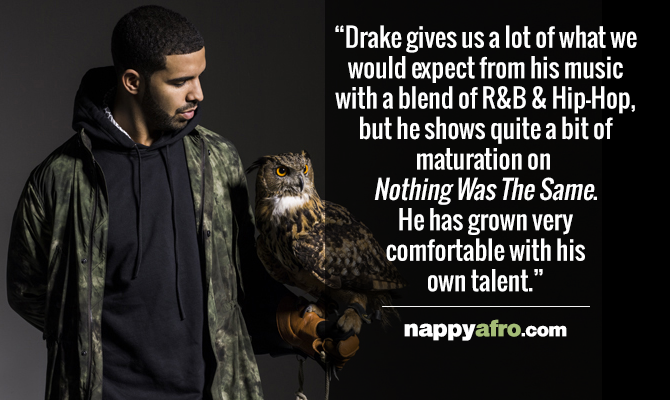 8. Hold On, We’re Going Home
Featuring Majid Jordan; Produced by Nineteen85, Majid Jordan, & Noah “40” Shebib
This sounds like the sequel for “Find Your Love” from Thank Me Later. There really isn’t anything wrong with that either. This is strictly singing. Not great, but not bad either.

9. Connect
Produced by Hudson Mohawke & Noah “40” Shebib
Slow melodic beat, with a hint of Houston is the best way I can explain this tracks sound. This song is a mix of R&B and rap. Literally there are times he starts his bars rapping and ends it with singing. The end of the song is a highlight of the album though:

I remember when my schedule was as flexible as she is
She call and tell me be here before the sun up
I be dressed before we hung up
I take Eglinton to 401 east
And exit at Markham road and the East end
Where all the pretty girls are sleeping
My license been expired I renew it after the weekend
Fuck I know I said that shit the last 7 weekends
Girl I guess procrastination is my weakness
I hate stoppin’ for gas this late
Cause this nigga’s creepin and I like how we’re creepin’
Summer is comin’ know you could feel it
20 on pump whatever I ain’t got enough to fill it
Won’t knock on your door
My uncle say, “You drive my whip like it’s yours”
I got the pedal to the floor
I’m on my motherfuckin’ way swangin’

10. The Language
Produced by Boi-1da, Allen Ritter, & Vinylz
As soon as I heard this song I thought about “Versace”. I hopped on Twitter and I wasn’t the only one to feel like that. Apparently Migos felt the same, as they (I think Migos is a group) claimed that Drake borrowed their flow on this. He did too! The thing about it though is it was like When Hov took Young Chris’ flow, but improved it. This song is a little more aggressive, and has some funny lines like “People are funny you don’t even know what I been through, all I want is some head and a comfortable bed, it could be so simple”. Birdman makes an awkward appearance on here as well.

11. 305 To My City
Featuring & Produced by Detail
“I get it I get it” the hook is so simple, but the way Detail and Drake deliver this makes this a possible radio hit. This song is Drakes version of “She Got Her Own”. He is showing his appreciation for a woman who has an ambition that matches his own. The music is once again inspired by Houston’s or Memphis’ sound. This maybe the next radio hit we get from him.

12. Too Much
Featuring Sampa; Produced by Nineteen85 & Sampha
I first heard Drake perform this song on Late Night With Jimmy Fallon and instantly knew this would be a highlight, and it is. You can tell that at times he stills feels trapped by his fame, but this may be the first time he speaks about how his fame has affected his family. Sampha does a great job giving the song a old school Blues with the hook he delivers perfectly.

This is two separate songs.

Pound Cake (featuring Jay-Z): This is the second Wu-Tang sample on the album. This is more of a Jay-Z song than it is a Drake song. Hov spits two verses on here while Drake spits one. Drakes verse was amazing however, but Jay comes in and drops two gems. This is somewhat of Drakes’ victory lap on this album.

Paris Morton Music 2: This is truly the outro. Drake is a little aggressive on this joint. He feels like he is the best of this generation and he is tired of feeling bad about it. This is only one verse, but it is the perfect way to end the track.

Bottom Line:
Drake gives us a lot of what we would expect from his music with a blend of R&B and Hip-Hop, but he shows quite a bit of maturation on here. One thing that stands out to me is that this album doesn’t sample a ton of unneeded features like his last three projects. Every person who lended their vocals to this project added something. There was no fluff feature. He has grown very comfortable with his own talent. There is no Lil’ Wayne or Nicki Minaj on this which makes you wonder if some of the rumors about him possibly moving on are true or not. It doesn’t really matter however, because this is the best project he has dropped since So Far Gone, and if he decides to branch off on his own we will look at this album and say this is when he maturated into the artist who has the talent to do that.

Sidenote: Grading this is hard, because some people will claim this is more R&B than Hip-Hop, but the music itself is amazing. This will go toe to toe with Jay-Z for the best album of the year.