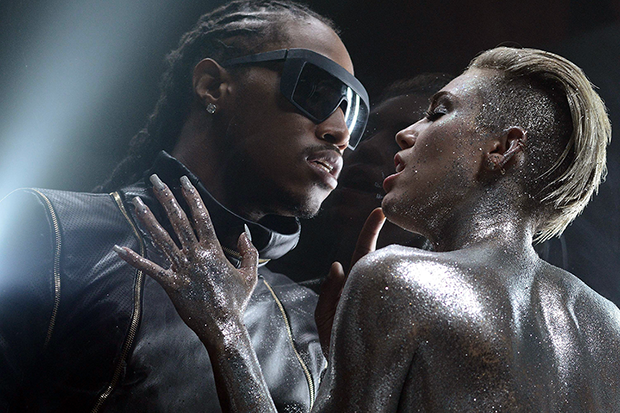 After some teasing, Future releases his latest music video “Real And True” featuring Miley Cyrus & Mr Hudson. The first question I asked myself after watching it was, “Who do I blame this shit on?”. Future? Mike WiLL Made It? The movie Gravity?

Yea, I’m figuring Future has been wanting to make a video where he’s an astronaut and falls in love with a sexy alien for a while now, but this shit? From the song to the visuals, this whole thing just comes out terrible. Even seeing Hannah Montana covered in only glittery metallic paint can’t save this shit. But I’m gonna let you watch below and judge for yourself. Directed by Rankin. Future’s album Honest drops next year.