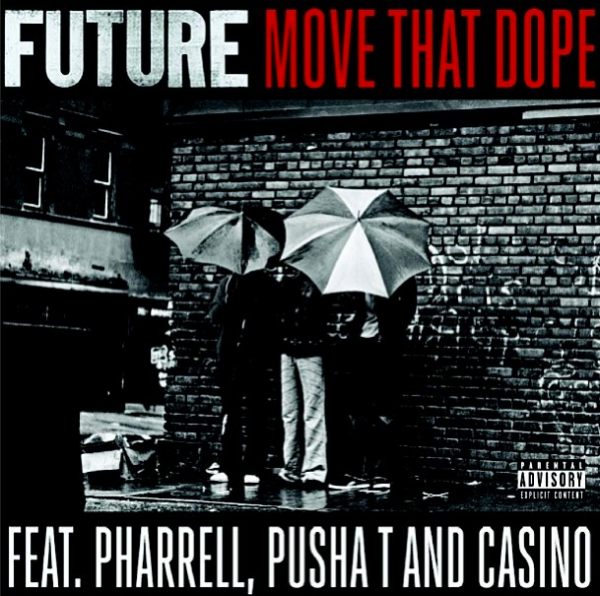 Future hits the streets with a new track called “Move That Dope” featuring Pusha T, Pharrell, & Casino. The thing you gotta like (or hate) about Future Hendrix is that he’s pretty straightforward with the hooks, so of course the hook for “Move That Dope” is “Young nigga move that dope” over and over again.

Another thing to note is that Pusha T & a rapping Pharrell are featured here and that’s cool because both have contributed so much to the sub-category of Dope Rap (aka Rapping about slanging dope). Produced by Mike WiLL Made It.