Watch The Trailer For ‘Think Like a Man Too’ 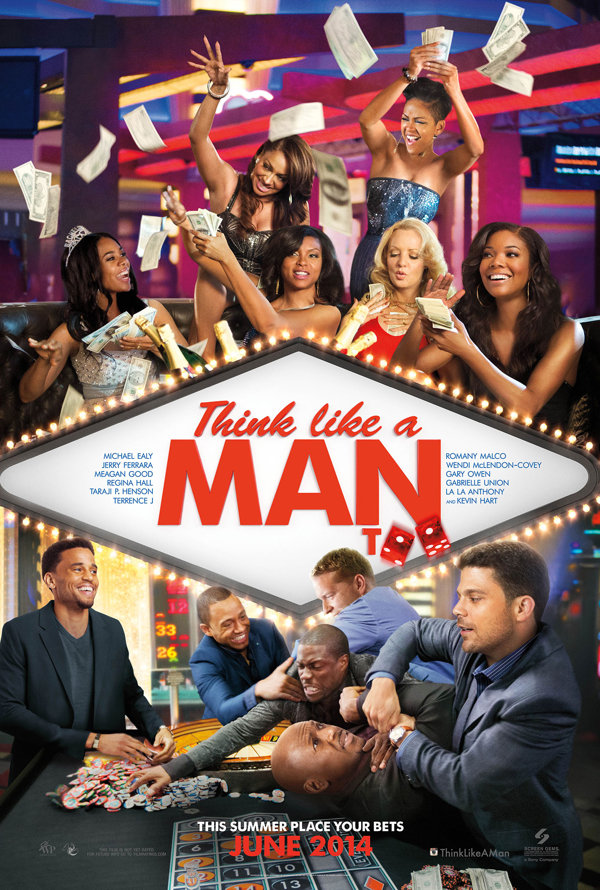 When I talk about “Black movies” with an ensemble cast, I always think about how we need another Boomerang or something like that. I guess I kinda overlook the movies we have today like 2012’s Think Like A Man. Not only did it have a cast that includes Michael Ealy, Jerry Ferrara, Meagan Good, Regina Hall, Kevin Hart, Taraji P. Henson, Romany Malco, & Gabrielle Union, it was also a hit and made $91 million at the box office.

Well, the inevitable sequel was bound to happen and now we get the trailer for Think Like a Man Too. I wasn’t the biggest fan of the first movie and the Las Vegas/bachelor & bachelorette party setting seems almost too predictable, but at least they got the entire cast back together and I’m sure I’ll have to take some random chick to see this movie (Short-T also listed it as one of his 10 Most Anticipated Films of 2014). If anything, this proves that Kevin Hart is ruling 2014.

Think Like a Man Too hits theatres on June 20th.