Watch The Trailer For The James Brown Biopic ‘Get On Up’ 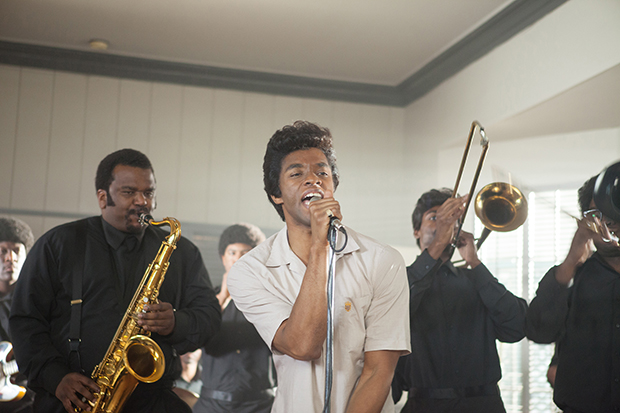 I honestly didn’t think I would be interested in a movie about James Brown‘s life. But after watching the trailer for the upcoming Get On Up, I’m want to see it now. Also, I don’t think people were clamoring for a Ray Charles movie but that turned out good right? Right. Either way, it’s a good movie trailer.

As for the cast, James Brown is being played by Chadwick Boseman (From Jackie Robinson to James Brown), Nelsan Ellis as Bobby Byrd, plus we also get Jill Scott, Tika Sumpter, Viola Davis, Keith Robinson, Octavia Spencer, & Dan Aykroyd. Directed by Tate Taylor (Who also directed The Help). Get On Up hits theaters on August 1st.