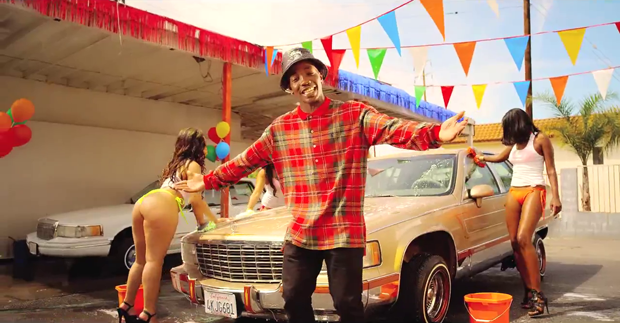 Ever wondered who 2Pac was talking about when he said he’d spark the mind that would change the world? According to Dizzy Wright’s new video it’s him.

Here we have the new visuals to his track “Everywhere I Go” and things go as planned. Dizzy pulls up to a car wash, is greeted by a ton of curvy girls who let him sit back and smoke one while they clean his car. Ba-boom as Nardwuar would say. That’s about the extent of the video but the lyrics are something to look at too. The song comes off the EP State of Mind and is Dizzy’s newest project since last year’s The Golden Age. Enjoy the video ya devils.