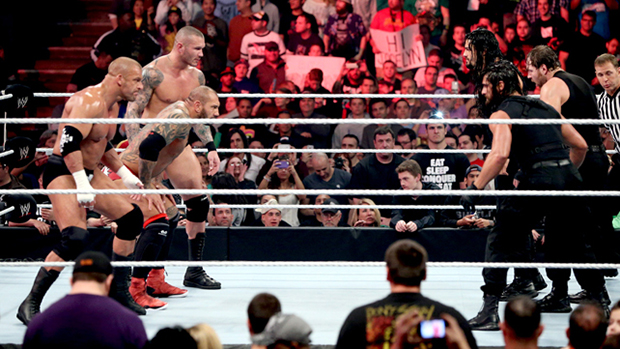 The 2014 edition of WWE’s Extreme Rules special event had a so-so feel surrounding it in the beginning but when you stand back and look at it, it didn’t turn out half bad. Even the matches on paper that made you shake you head had something: The WeeLC match was fun with little people and the Alexander Rusev handicap match at least had Lana (Hey Lana!).

I’ll give you this too, the WWE tried harder to stick to the Extreme Rules theme this year. We saw The Shield go over Evolution which was highlighted by Seth Rollins doing a New Jack-like balcony dive. Hell, the Daniel Bryan vs. Kane match by itself included a forklift and a burning table. As for the John Cena vs. Bray Wyatt steel cage match, which was my least favorite of the night, I guess the most extreme thing in that match was child with a demonic singing voice. Hey, at least Bray won this time.