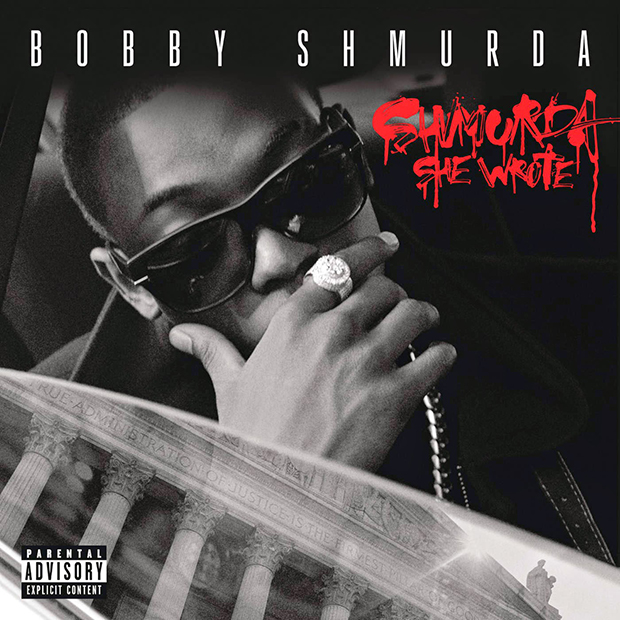 Shmurda She Wrote is the debut extended play of Brooklyn rapper Bobby Shmurda. This EP was released under Epic Records.

I know that almost everyone reading this has heard of the man who has sold crack since the fifth grade. That same man who be getting money until he falls out. This man is known only as Bobby Shmurda. His main hit “Hot Nigga” blew up radios and Vine accounts all summer long. He was making appearances with big names (Drake anybody?). But now that all the thick deceiving smoke we music listeners call hype has dispelled, can Mr. Shmoney keep producing songs that get stuck in your head and on the charts? There’s only one way to find out, Shmoney with me as I listen to and review Shrmurda She Wrote.

1. Worldwide Nigga
Featuring Ty Real
This song hits you right off the bat with some strings and orchestral horns and a little intro about Bobby’s transition from a drug peddling street urchin to a performer wanted worldwide in huge cities.  Suddenly a little transition occurs and you are hit with huge bass and some nice drum patterns. Right after this a catchy ass singable chorus about the aforementioned lifestyle transition comes in with Ty Real handling most of the signing while Bobby hypes up the track. This is when the track lost me, Bobby started rapping. In his unique voice he uses the same boring ass flow. Don’t even get me started on the lyrics, rhyming living with living, using the same words over and over again. Honestly it gets annoying. I mean god damn in the next verse he says nigga 22 times in just 19 lines. I understand using the word a few times a verse, but Bobby takes this Hip-Hop trope to new levels of excess. If you’re gonna listen to this song do yourself a favor and go instrumental if possible.

2. Hot Nigga
Produced by Jahlil Beats
Here it is, the whole reason this EP even exists. This song took over the radio this summer and is just now releasing its grip on the air ways. Honestly this is my favorite song on the whole project. Lyrics are memorable and somewhat laughable (Really Bobby? Since the fifth grade?) but the lyrics are far from the best part of this banger. This song comes alive because of its beat. Holy shit, its like the beat was made to get a rise out of anyone. How can you not get up and get your shmoney on when listening to this? Bobby actually fits very well with this song. He’s a hype man at heart and this song is a hype track at heart, and when these two elements combine you get beautiful (albeit trashy and dumb) music to hype you up and make you dance. And the lyrics are the usual Shmurda fare with words like nigga, guns, money, bullets being repeated ad infinitum as always. Props to Jahlil for saving the song though.

3. Bobby Bitch
This EP’s second single is worst then the first (“Hot Nigga”) and by this point the beat is the only way to tell this stuff apart. Again first thing I notice is the banging beat. You can hear gunshots and sirens in the background of course. Lyrically wise Bobby sticks to his guns. But that’s a bad thing, because Bobby’s gun is firing blanks by this point. More guns, death threats, bullets, body flipping and set trippin. Not much to say about this song except that the music video is kinda hilarious, god damn this guy loves to dance by himself.

4. Living Life
Featuring Rowdy Rebel
I almost thought this was a good song because Bobby started to rap a little faster, but this song commits all the same sins as the other tracks. I mean the beat is standard fare, a nice banger, the lyrics are the same as all previous songs the only difference is that the chorus has some weird semblance of a message. The message is something along the lines of, it’s cool to make money, but don’t rob and sell drugs to do it. Give Bobby a little credit, old habits die hard. But this song falls apart after the chorus because Bobby and Rebel can’t write for shit. I appreciate the flow change, but that doesn’t salvage an overall broken song.

5. Wipe The Case Away
Featuring Ty Real
Finally at the end of this EP we get much needed variation. A soul sample introduces this song and it is a beautiful one that rides through the whole track. The sample is of the Bayete song “Free Angela (Thoughts… And All I’ve Got to Say)”. It’s a great sample and creates the only laid back song on this EP. The lyrics carry a message this time around, Bobby is showing some actual thought here. Take a look at these lyrics:

It boils down to being charged with crimes he didn’t commit, then getting his lawyer to clear the shit. Verse 1 sees Bobby reflecting positively on his dad’s life of crime because his dad did it out of love. He had to provide for his kids anyway he could and it ended with him getting locked up. Verse 2 sees Bobby’s mom reminding Bobby how proud she is of him for moving on from drug dealing and going into music. If you listen to any song by Shmurda make it this one (you already heard “Hot Nigga” most likely so that doesn’t count). I mean I gotta hand it to ya Bobby you did good on this one.

Bottom Line:
Bobby showed his lack of versatility and skill on this EP. Although he exceeded my expectations (One hit wonder material) he still uses recycled flows and beats and this hurts the overall picture. The songs have little meaning besides the typical braggadocious lyrics you expect from mainstream rappers in the same group as Bobby (Chief Keef being the biggest comparison). The EP lacks depth except for 2 songs, these songs being “Hot Nigga” (the depth is in the beat) and “Wipe The Case Away” (actual lyrics for once).

Most likely Bobby saw the success of “Hot Nigga” and tried to imitate it, ON ALMOST EVERY TRACK. But once again I do like 2 songs on the project, “Hot Nigga” is pure fun to listen to and you will end up dancing like Bobby. “Wipe The Case Away” is the only “deep” song. Saying it is deep is generous, but this song is genuinely enjoyable and not because it’s trashy. That makes 2 out of 5 songs good, which is a horrible percentage (Really 40%, damn it Bobby), hell if it wasn’t for “Hot Nigga” (mo Shmoney does not equal mo problems) and “Wipe The Case Away” I would default the score to a 1 out of 5, but because I enjoyed these tracks I give Shmurda She Wrote a 2 out of 5.