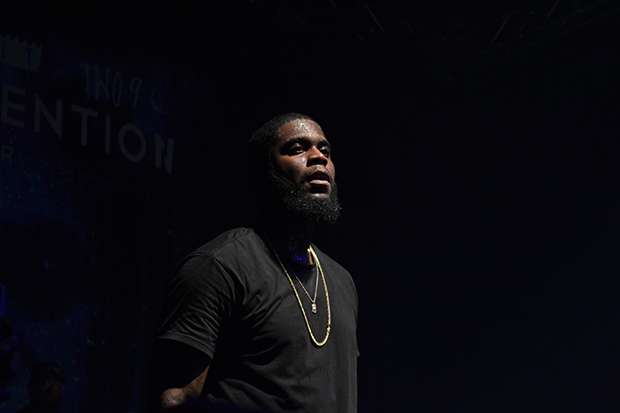 Big K.R.I.T. dropped his sophomore album Cadillactica last week and this week he grabs the #5 position on the charts. It sold around 43,000 units and now that I think about it, that about the same as Live From The Underground sold. With the way sales are going, it probably would have been possible for Cadillactica to rank higher but it had to go up against new music Garth Brooks, Pink Floyd, The Foo Fighters, and of course the mighty Taylor Swift. Don’t feel to bad for K.R.I.T. though; have you seen his girlfriend? Check out our review for Cadillactica here.

I had no idea that Whitney Houston (on the estate of Whitney Houston) dropped an compilation of live music last week. Well she did and it grabbed the #17 spot. It should hold everybody until that Lifetime biopic drops. Sarcasm.

Bobby Shmurda dropped his debut project for retail with Shmurda She Wrote and it was at least worth enough for 5,100 people to buy it. That’s not terrible for a five song project. Thankfully we also reviewed that project and you can go check that out here.