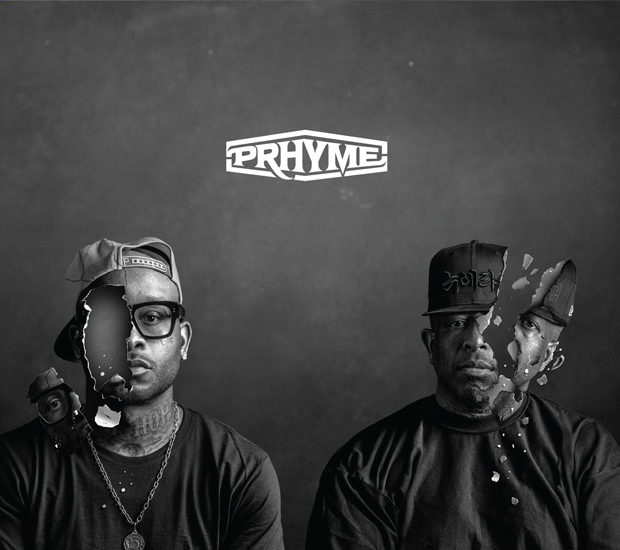 PRhyme is the debut studio album of the rap duo of the same name consisting of rapper Royce Da 5’9″ and producer DJ Premier.

The mere concept of this pairing gets me excited. Royce is a great rapper, Premier is a great producer; Is there anyway this could go wrong? Royce has amazing credentials by now, he’s an underground king who’s also part of Slaughterhouse and Bad Meets Evil. DJ Premier is one of the most prolific producers in history. Producing all of Gang Starr’s songs as part of the duo and producing songs for Nas and Biggie just to name a few. So this has to go well, but are two geniuses better than one? Lets find out if this album holds any weight or if it falls off like the other half of Bad Meets Evil.

1. PRhyme
This album starts off with a phenomenal track, standard fare Premier beat and Royce brings his shit as he always does. This song shows how this duo will work, Premier will bring beats that bring you back to the 90’s and Royce will rap like only Royce can. Great first track.

2. Dat Sound Good
Featuring Ab-Soul & Mac Miller
This is probably my favorite song on this album. Rack up another classic for DJ Premier on the production end; it’s so catchy. Royce brings a really good verse, better than usual. But what sets this song apart is the features Ab-Soul and Mac Miller. While both bring great verses (better than Royce in my mind) Ab-Soul shines through with one of my favorite verses on the whole album. Spitting shit like this:

Yo, I’m in tip-top condition, with a hustler’s ambition
I’m sick of hip-hop, I should be in the damn kitchen
whippin, somethin potent for the chosen clientele
All the smoke that I inhale, I’m ‘posed to be high as hell
But that’s a twisted figure of speech, Hell is below you
I’m guaranteed Heaven before I’m beneath the soil
Toil with the squad, that’s how you get sent to God dawg
You know it’s backwards to go against God, dog (damn!)

This verse gives me hope because it’s so good it reminds me of the Control System Ab-Soul, thoughtful and lyrically superior to those around him. It shows he’s breaking away from his mediocre project These Days. And Mac Millers is damn good too. This track is made by it’s features, and what features they are.

3. U Looz
A pretty good beat with more classic 90’s swag. I love Royce in this song, he is so consistent it blows my mind. He also pays a quick respect to Guru, the other half of Gang Starr. A short song, but it’s damn good.

4. You Should Know
Featuring Dwele
This song has my favorite beat on this album. Some great horns with the strings lurking below it, all with 90’s-esque drum patterns. Royce comes again with his usual great content; he never lets up. This track also has a bunch of cool samples of 90’s artists’ songs that Premier produced.

And Dwele sings a great chorus.

5. Courtesy
Standard fare for this album, it’s just a great song with more samples in the chorus, but of more relevent and recent artist:s

This song is great so show PRhyme some damn courtesy and watch the music video too. 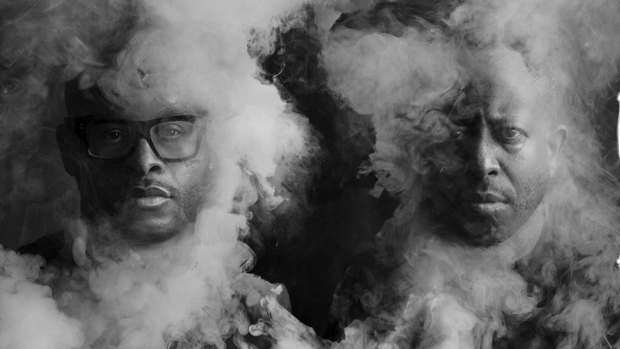 6. Wishin’
Featuring Common
Royce kicks it off over a slow beat with some quick lines about life in the ghetto and then the beat changes and goes quick and bombastic and his mood changes as well becoming more braggadocios. Common comes after him and the beat changes back to being slow and methodical and Common comes hard, ending on a funny line, “You pussy like Fallopian”, an anatomy diss, now that’s just smart. The beat goes back to fast and Royce comes back, Shouting out Ferguson protesters among other things:

I’ll shoot you while you protest, shout to all my brothers and my sisters out in Ferguson
The police want us shot
And you gon’ be the next to drop in front of that donut shop

This is a menacing line and it’s also a biting criticism of the police state in Ferguson and cities in the U.S. in general. In the last verse he states that he’s in his PRhyme (get it?). I love this song.

7. To Me, To You
Featuring Jay Electronica
This song is great and Royce shows his skills once more. The big thing about this track is the Jay Electronica verse. A lot of people love this guy but I never saw the appeal. he’s released like one mixtape and a few singles, that’s it, how the hell did he get signed to the Roc? Well he shows his worth on this song giving a great performance that merits a listen.

8. Underground Kings
Featuring ScHoolboy Q & Killer Mike
This song is self explanatory; everyone rapping is an underground king. And god damn to they show why. Royce bring’s a great verse, but once more the features do the work. ScHoolboy Q brings an amazingly wordy verse considering his usual style, and it goes off without a hitch. The real king of this track is Killer Mike who brings one of my favorite verses on this album. Half of the duo Run the Jewels with EL-P. Run the Jewels made my favorite album of the year with Run The Jewels 2 and Killer Mike shows why RTJ works so well, the dude can rap. Another one of my favorite songs on this album.

9. Microphone
Featuring Slaughterhouse
This song ends the album in a great way. I love Slaughterhouse. They have such good chemistry; all four try to outdo each other and we get to watch it happen, it’s sweet. KXNG CROOKED has a great verse, Royce has a great verse, and Joe budden has a good verse too. But the real star is Joell Ortiz. This guy is ridiculous and has the best verse on this song by far, which is damn impressive considering who he’s rapping with. This is the second time this year that DJ Premier and Slaughterhouse have come together, and the first time they came together they stole the show from Em on Shady XV.

Bottom Line:
This duo works so damn well, they have chemistry and it shows through on every song with one great track after another. Everything on this album shows great judgement, especially who they chose for features. Instead of using rappers from the 90’s who are now washed up, they called on some of the best in the game today who still embody the 90’s era of Hip-Hop and that’s just smart. But even on tracks with no features, this album is still amazing. This album easily fits into my top 5 albums of 2014 at either 2 or 3. It’s great, if it was longer and had a little more variety in the beats, I might even call it a classic. But that’s a lot to ask for, and what we got is just short of that mark which is why I give PRhyme a 4.5 out of 5.