So TNA debuted on Destination America… 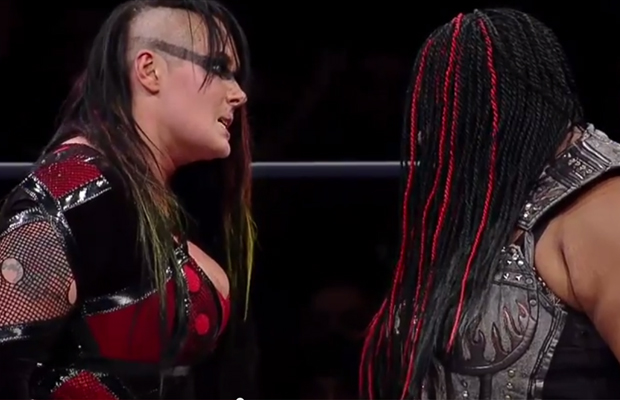 After a highly publicized TV contract issue and (exciting) announcement of TNA on Destination America, we finally got a peek at what the new look Impact Wrestling has in store on it’s new home. Destination did it’s part by a marathon of TNA greatest hits all day before the show came on. This wasn’t a WWE revisionist look at WCW/NWA/WCCW type showing either. They had a full vault of matches from the very beginning of TNA until the end of TNA on Spike. The build up was pretty interesting. While there were moments that reminded me of what made the company great (Christopher Daniels, AJ Styles, Samoa Joe, Bobby Roode, James Storm, X Division matches, Austin Aries, etc.) there was a great amount of reminders to why I stopped giving a shit and why the show was ultimately future endeavored from Spike (Hogan, Bishoff, Crazy 8’s, terribly rehashed WWE ideas, etc.).

Last night opened with a brawl, an uber hyped crowd and a chaotic start to try and pull you in….and then TNA was back to it’s old tricks. We got a “street fight” match from Kurt Angle and MVP which featured a ref breaking a hold because the wrestler grabbed the ropes…and no illegal weapons in this street fight. From there we got bad terrible promos from vets like MVP and newer guys like EC3, to old ideas like in ring shavings, ropes with cowbells as props, Earl Hebner STILL working and factions splitting up over titles…again. We were treated to some nice ringwork from The Wolves in a terrible pairing with Storm and Abyss, and a all too short Low-Ki vs. Aries (crowd was really pumped for this match) match. But they proved to be the exceptions instead of the rule. Where guys like the Wolves, Aries and Low-Ki make the 6 sided ring a prop that makes matches faster and more intense, the old guys that should be used to this ring seemed slow, lost and fit for commentary or some other off screen job.

I have to speak on this in a totally separate paragraph. A big Knockout named Havok that I know nothing about (help me out RHEmarkable) and Awesome Kong got in the ring last night. Yes, B-Easy must have ghost written the show to have two big women get down last night…then again, they didn’t exchange any blows (pun intended). Instead, they stared each other down and then Awesome Kong chokeslammed one of the pint-sized male refs. This is not only the first real mark out moment of the night for me, it could be the best moment of the night period.

All of this lead up the Lashley v. Roode III for the TNA World Championship, which was the build up for the entire night. Somehow, with no matches lasting longer than 10 minutes, they managed to end up with only 10 mins left for the main event (I guess the commercials took up the bulk of the time? 2 hours and I count 5 matches.) Even more surprising is that 3 minutes into the match (and a commercial break later) they are completely covered in sweat and are selling exhaustion like they’ve been fighting since the show started. The match breaks down pretty quickly and well…I won’t spoil it for you….check it out:

Bottom Line:
It’s the first show on the new network so I expect there to be some kinks. For that reason, I won’t rush to judgement at all. I will say that there are some things that I clearly missed out on and I’m interested in with this new product. I do appreciate the commentary here much more than WWE commentary as they actually call out moves, give some history, and name things the proper names. I think they have a lot of good pieces here and I’ve always enjoyed the creativity and ideas of TNA, but some of these old ideas and antiquated themes may be stumbling blocks yet again. Either way, I’d say it was a good debut and it’s clear that Destination America is glad to have them. New year, new TNA, let’s see what happens.